We know how it is. You pick up a newspaper, turn on the TV, check into Facebook…and you know what’s lurking just ahead: more stories designed to scare everyone about vaping. Every day there’s a new one.

The news media seem jam packed with vaping lies and exaggerations — and they’re all based on supposed research from trusted academics. What can you do when your annoying co-worker brings up one of those gut-churning, teeth-grinding stories, and says, “Hey, you vape, don’t you?”

It’s up to us to start changing the public perceptions of vaping.

You probably know that most of those stories are based on a single, poorly done study that proves nothing. What you need is some solid research that you can throw in the face of the doubters. Even more important, you need to have the science ready to show smokers who have questions.

We’ve got you covered! Here are some common topics seen in bad news stories on vaping, and a study that addresses each one. At the end is a group of literature reviews that answer all kinds of questions, and make perfect links to include in your advocacy letters and emails to legislators and local council members.

10 studies you can use to change minds

#1 – Secondhand vapor is not dangerous 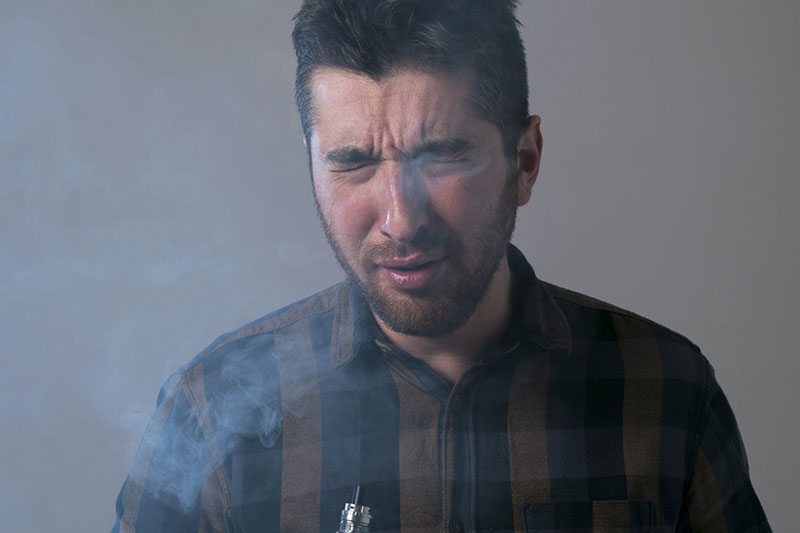 Drexel University’s Igor Burstyn, a toxicology expert, concluded that there is no risk to bystanders breathing vapor. (This study was crowd-funded by vapers through CASAA, by the way.)

“Exposures of bystanders are likely to be orders of magnitude less, and thus pose no apparent concern,” wrote Burstyn.

Peering through the mist: systematic review of what the chemistry of contaminants in electronic cigarettes tells us about health risks – Igor Burstyn 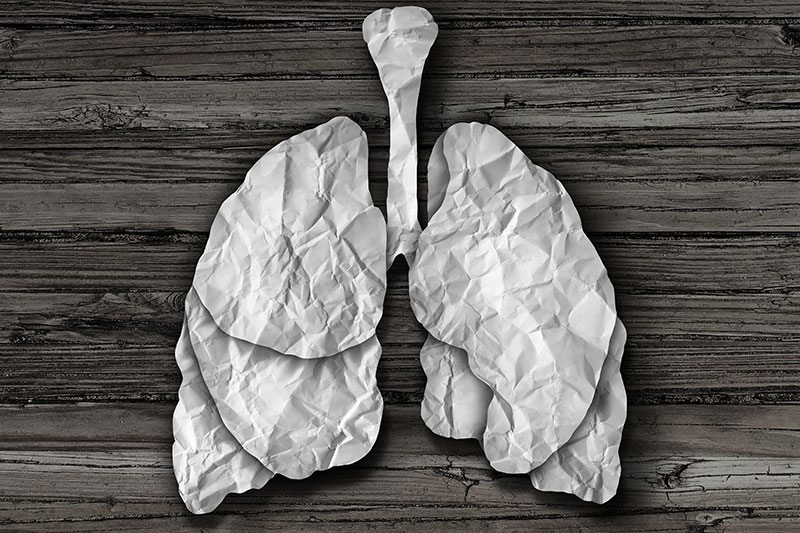 There are several studies that find no harmful effects of vaping on the lungs. One of the most impressive is Dr. Polosa’s discovery that in asthmatic smokers, switching to vaping — or even just using vaping to reduce smoking — had improved lung function.

“The e-cig may help smokers with asthma to reduce their cigarette consumption or remain abstinent and hence reduce the burden of smoking-related asthma symptoms,” wrote Polosa. “The positive findings observed with e-cigs allows us to advance the hypothesis that these products may be valuable for smoking cessation and/or tobacco harm reduction also in asthma patients who smoke.”

#3 – Nicotine alone is not powerfully addictive 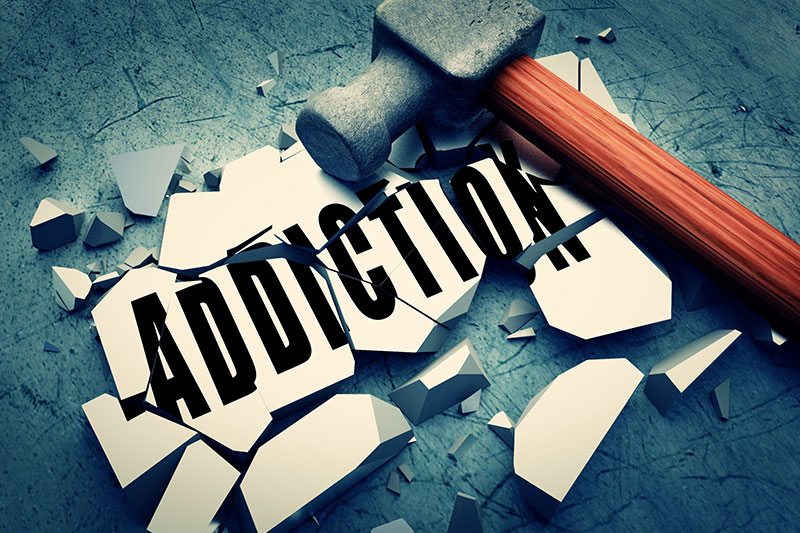 Nicotine isn’t as addictive as heroin — or cocaine or any of the other drugs non-experts throw around to scare readers. Lots of studies question common beliefs about nicotine’s addictiveness. French expert Dr. Etter found vaping far less addictive than smoking, and much closer to nicotine replacement therapy products.

#4 – E-cigarettes are not full of formaldehyde 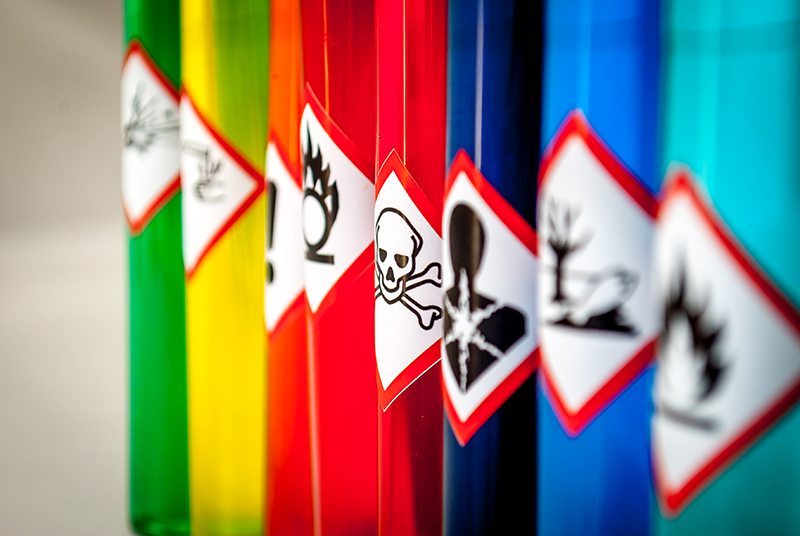 You’ve probably heard of the infamous “formaldehyde letter” in the New England Journal of Medicine, in which some researchers from Portland State University found that overheating some primitive top-coil clearomizers called CE4’s resulted in what they claimed were dangerous emissions of formaldehyde. The problem is that only the PSU smoking machines would be stupid enough to inhale the horrible flavor!

The study the letter was based on has been debunked by many, is a paper from Dr. Konstantinos Farsalinos describing his replication of the PSU study. He describes in detail how the other researchers used smoking machines to produce what vapers call “dry puffs” (or burnt hits), which no actual vapers would inhale. Then he takes the PSU scientists to task.

“In fact, such testing of e-cigarettes is not very different from overcooking food to the point of becoming an inedible piece of charcoal and then assuming that consumers would consume it and be exposed to the resulting carcinogenic compounds in their daily routine,” writes Dr. Farsalinos. “Accepting that e-cigarettes are less harmful than smoking, such an omission could result in unintendedly misleading smokers into thinking that there is little to be gained by switching to e-cigarettes.”

#5 – Sweet vape flavors are not aimed at children 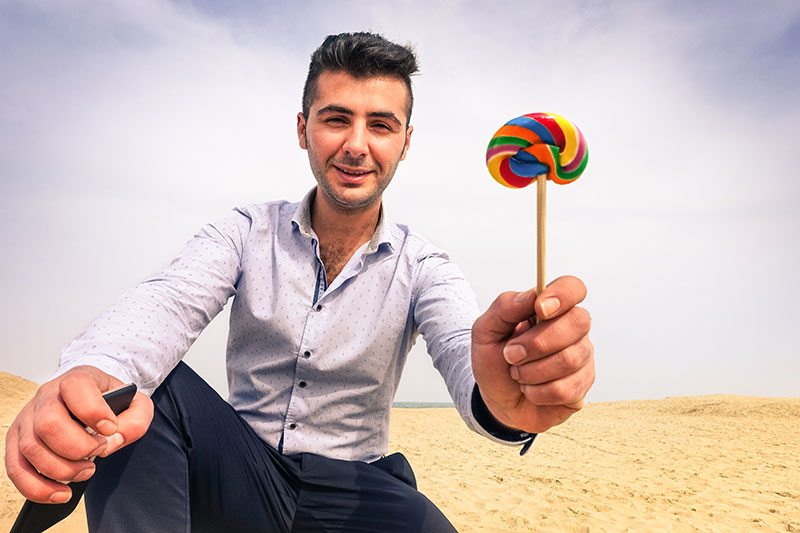 Every vaper has heard the maddening claim that candy and fruit flavors are aimed at children. We know that adult vapers use flavors to get away from the experience of burning tobacco. We know it because we’ve all experienced it!

“Among vapor store customers in the United States who use electronic nicotine delivery devices to stop smoking, vaping longer, using newer-generation devices and using non-tobacco and non-menthol flavored e-liquid appear to be associated with higher rates of smoking cessation,” wrote the authors.

#6 – Vaping is substantially lower in toxins than smoking 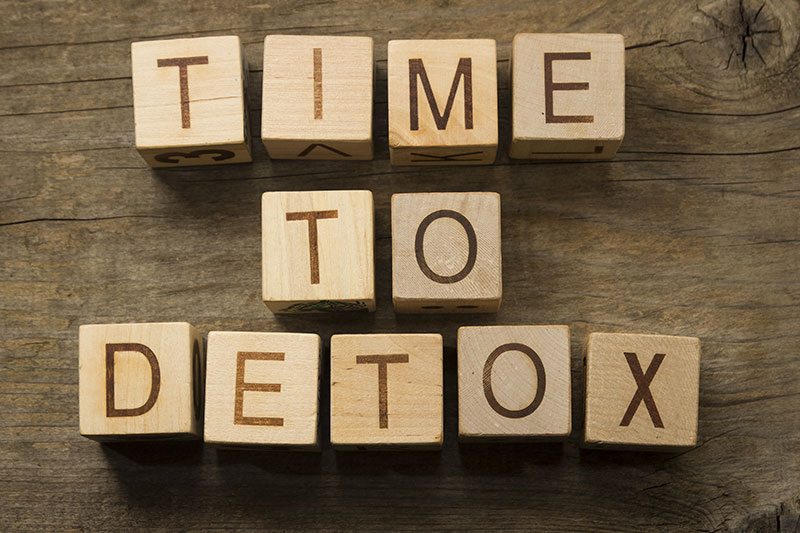 Hey, there’s a study every week that shows something in vapor. But many studies — including this one from Dr. Maciej Goniewicz and others — have proven that the toxicants are at far, far lower levels than those found in smoke.

“After switching from tobacco to e-cigarettes, nicotine exposure remains unchanged, while exposure to selected carcinogens and toxicants is substantially reduced,” the authors wrote. 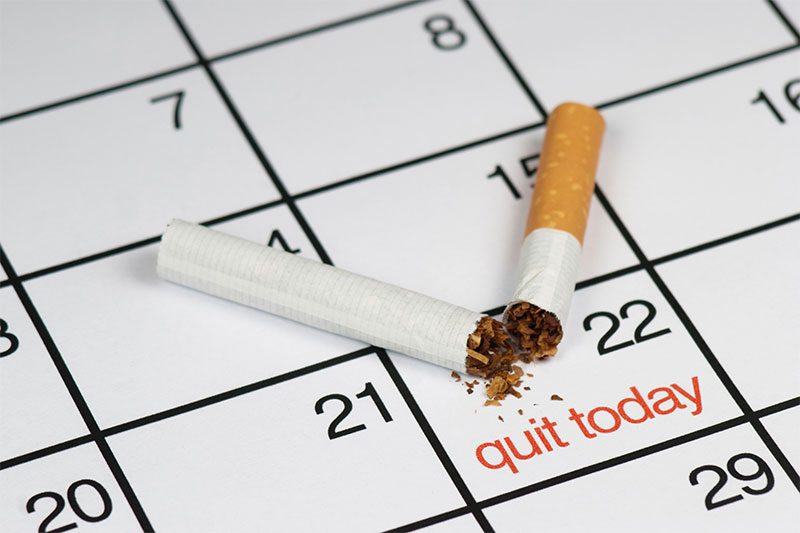 There have been at least three studies in 2017 alone that support vaping as a viable way to reduce or quit cigarette smoking! This well-designed research from the University of California-San Diego — amazingly, from the very heart of the anti-vaping tobacco control world — used U.S. Census data to show that vaping helps more smokers try to quit, and smokers who vape succeed at quitting more often.

“Use of e-cigarettes was associated both with a higher quit rate for individuals as well as at the population level; driving an increase in the overall number of people quitting,” said lead author Shu-Hong Zhu.

#8 – Vaping is not a gateway to smoking 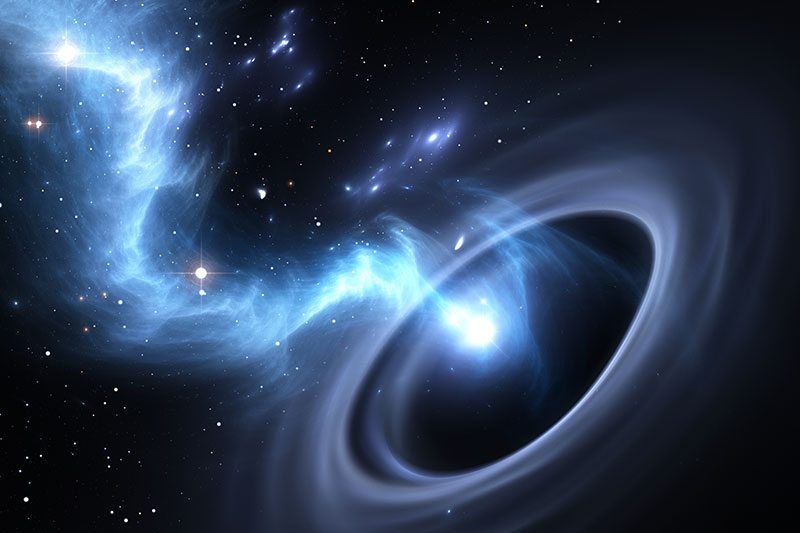 The gateway claim is the ugliest claim about vaping, and every study that purports to show a gateway turns out to have major faults in methodology or a tiny sample size, as Clive Bates explained in his great blog about gateway claims.

These highly respected tobacco researchers found no evidence of a gateway, and even implore their colleagues to make room for vaping as a tool to prevent smoking.

“While research exists to support either side of the argument, we conclude, currently, that youth use of e-cigarettes is unlikely to increase the ranks of future cigarette smokers,” said Kozlowski and Warner. “Is it possible we could have our cake and eat it too? Perhaps, especially if sensible comprehensive harm reduction policies can earn a place in modern tobacco control efforts.”

Adolescents and e-cigarettes: Objects of concern may appear larger than they are – Lynn Kozlowski and Kenneth Warner

#9 – Vaping is NOT as bad for you as smoking

According to this study from a group of well-known British and American researchers, smokers who switch to vaping dramatically lower their health risks. 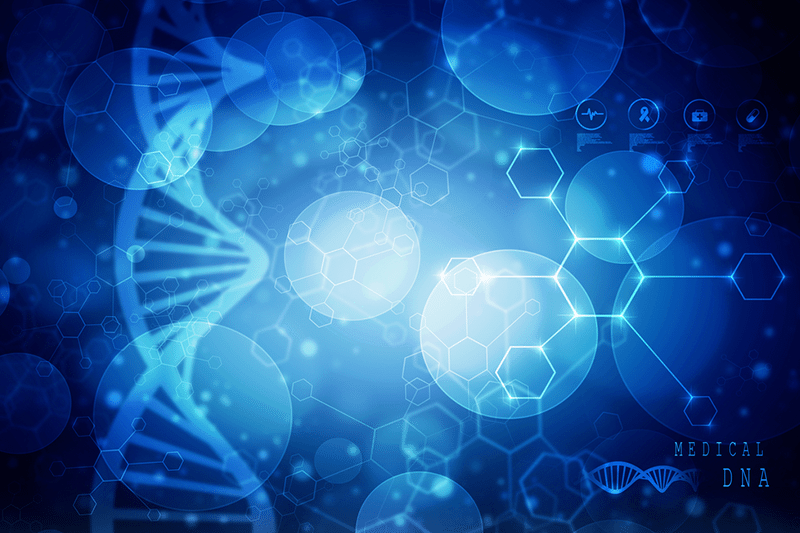 This study from a researcher at the University of St. Andrews (UK) measured cancer potencies of vapor, heat-not-burn, and tobacco products, using published chemical analyses of emissions. He then devised a method to express the measurements of vapor and smoke in common units.

He found that the cancer risk for vapers using devices at normal wattage settings was almost as low as the risk of using nicotine replacement therapy products — less than one percent the risk of smoking.

“Numerous anti-tobacco groups and health departments have repeatedly asserted that vaping is no less hazardous than smoking, but this claim is false,” wrote Dr. Michael Siegel of Boston University about this study, “and the present study adds significantly to the already substantial evidence that vaping is orders of magnitude safer than smoking.”

Dr. William Stephens, of the University of St. Andrews in Scotland, measured the cancer potencies of various vapor, heat-not-burn, and tobacco products, using published chemical analyses of emissions. He then devised a method to express the measurements of vapor and smoke in common units. This allowed better comparison of risk.

Meeting with or writing to a legislator or doctor? Try these! 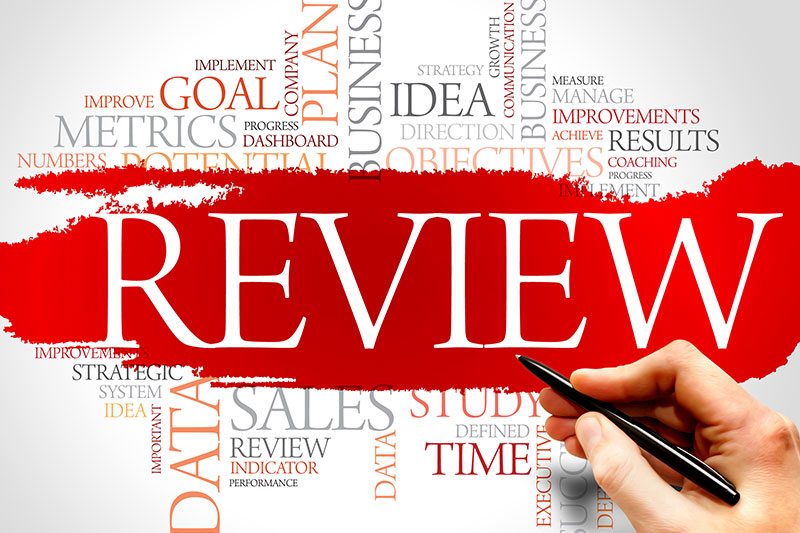 When it comes to convincing decision makers, you’ll want some broad-based but convincing documentation of vaping’s benefits. Literature reviews are scientific papers that look at a variety of sources to build a consensus view about e-cigarettes and vaping. These are all very good ones:

The Royal College of Physicians

Can electronic cigarettes help people stop smoking, and are they safe to use for this purpose?

Spread the truth, and create supporters

Use these resources for education. Most people simply don’t know much (or anything) about vaping! All they know is what they see in the popular press, and on television and social media. It’s not their fault. We can’t expect everyone to be an expert of everything. But we need to gain their support.

It’s up to vapers to start changing public perceptions of vaping. Can we ever debate the science as well as scientists like Michael Siegel, or argue harm reduction benefits as well as experienced advocates like Clive Bates? No, but we can show people that science is often on our side in arguments about vaping just by keeping some useful studies handy and learning a bit about the science ourselves.

Remember that the most important point: even though vaping may have some risks, the benefits of quitting smoking are so large they dwarf the potential for harm from vaping. No matter what remote dangers appear in small-scale studies with limited samples, vaping is far safer than smoking. And when people understand that, they can become allies.

The post 10 Research Studies to Silence the Vape Skeptics appeared first on Vaping360.