4 of the World’s Most Popular Vape Forums

Home » Blog » 4 of the World’s Most Popular Vape Forums

New vapers today have it easy. There are countless online vaping resources (like this one, for example) to help newcomers wade through mounds of tips, tricks and information, and get the guidance they need to get started. But when we harken back to the good ol’ days of 2009 or so, knowledgeable websites weren’t that common, and people had to resort to word-of-mouth to get by. For many, this word-of-mouth came from vape forums.

But, unlike so many communities from the early days, many of the original vape forums are not only still alive but flourishing, thanks to intelligent discussion topics, well-moderated threads, and a tight-knit sense of community uncommon to other areas.

Though forums may not be as immediate as social media, and can be a bit overwhelming for newcomers, they are well-maintained and do a great job helping new users find the right information, regardless of how they want to vape.

Let’s look at a few of the notables… 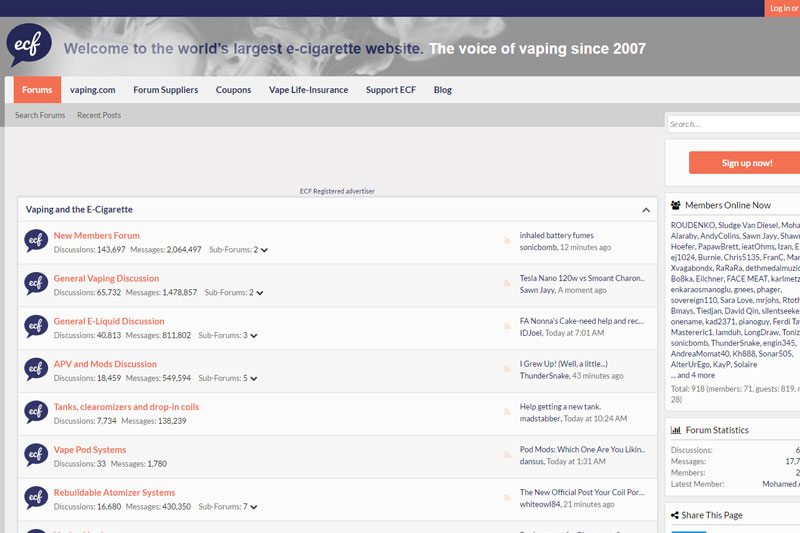 Around since 2007, E-Cigarette Forum (ECF) is far and away the biggest name in vaping communities. Set up in the traditional database forum layout, ECF now has more than 250,000 members – a small fraction of whom are regularly active each day.

ECF is extremely beginner-friendly, and does a good job helping guests and new members navigate its admittedly unwieldy waters. There is a clearly defined “new vapers” section, with a treasure trove of new vaper advice, product definitions, tutorials, e-liquid/nicotine comparisons, and helpful dos and don’ts.

And, just to ensure newcomers don’t come in to wreak havoc and bail, a minimum of 10 posts is required before new registrants can post outside of the “New Members” section. You need to crawl before you walk.

While the new vapers area is invaluable for getting people off on the right foot, the real meat of the site comes from the unbelievable variety of vaping-related discussions. Everything from products and preferences to laws and legislation are debated on a very high level, with little of the sophomoric flame-throwing that is all-too-prevalent on social media.

In turn, there are amazingly deep reviews and opinions to be had for any store or product you can imagine, ranging from gas station cig-a-likes to five-battery mods. It’s incredibly thorough, with a very strong community of regulars ready to chime in and help.

A few items of note about ECF

It’s all-too-easy to get lost in the threads and cross-links, but the information and opinions are there ten-fold. And highly knowledgeable administrators and moderators ensure there aren’t a slew of repeat threads or dead threads.

That said, a handful of members and staff can be a little – shall we say – assertive. While those familiar with the site from daily visits will know where to find information in the extensive archives, some members of the community assume new visitors have read every one of them.

In other words, if it appears you’re being hasty in asking a question or posting a topic, you can and will be warned. Do it again, and you face banishment. Seriously.

Truth be told, many find the short-tempered shtick to be more than a little silly. But it’s also avoidable. ECF’s built-in search engine is a good one, and will generally succeed in delivering the right links for your queries. So, before you pop a question on a whim, do your homework, and you shouldn’t face any trouble. 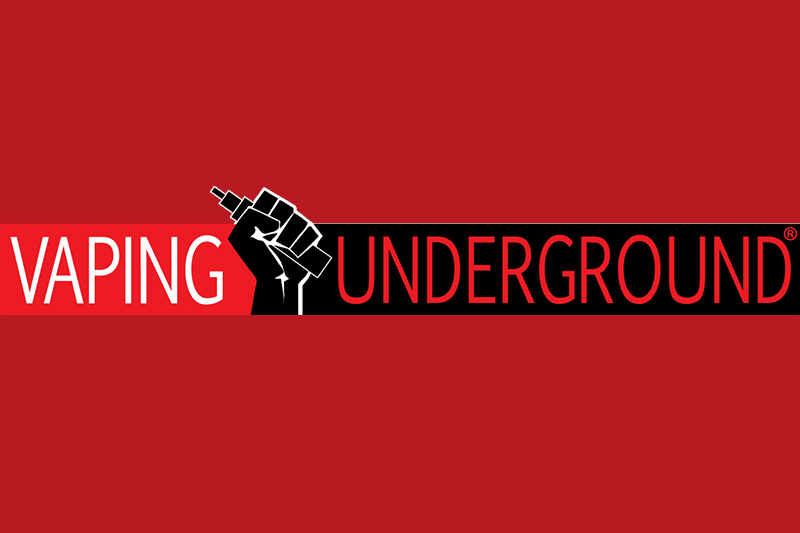 Every yin has a yang. Every alpha, an omega. When it comes to vaping forums, if ECF is an alpha, consider Vaping Underground a proud, unapologetic omega.

Utilizing a MUCH less-stringent approach than ECF, Vaping Underground (largely) allows its members to govern themselves. That means newcomers can dive right in, ask questions, and just get involved without any predetermined waiting period. And get involved, they will. This (still growing) community is ripe with friendly, easygoing members who really love vaping of all varieties, and are eager to bring new people onboard regardless of experience level.

Vaping Underground is a considerably more welcoming, intimate community of like-minded vapers. The loose approach lets newbies ask questions without fear of scolding from self-important moderators. And VF’s active community makes new members feel more involved from the outset, rather than worrying their inquiries will be lost amid a sea of similar threads.

Also, the lack of strict moderation means users can find more than one thread about the same topic, product or opinion – something many members find to be a positive, rather than a negative, as they can usually get a wider variety of opinions to digest.

A few items of note about Vaping Underground

The lack of moderation does not just apply to friendly, helpful people. Though it’s not too prevalent, overly aggressive responders have the same first amendment rights as the rest. So, if you ask something that others deem to be “less than intelligent,” the aggressors will let you know about it. Hard.

If you’re thin-skinned, perhaps a more regulated forum is a better option for you. But if you can take a little ribbing with your vape discussion, there are few stronger communities than Vaping Underground.

Planet of the Vapes (UK) 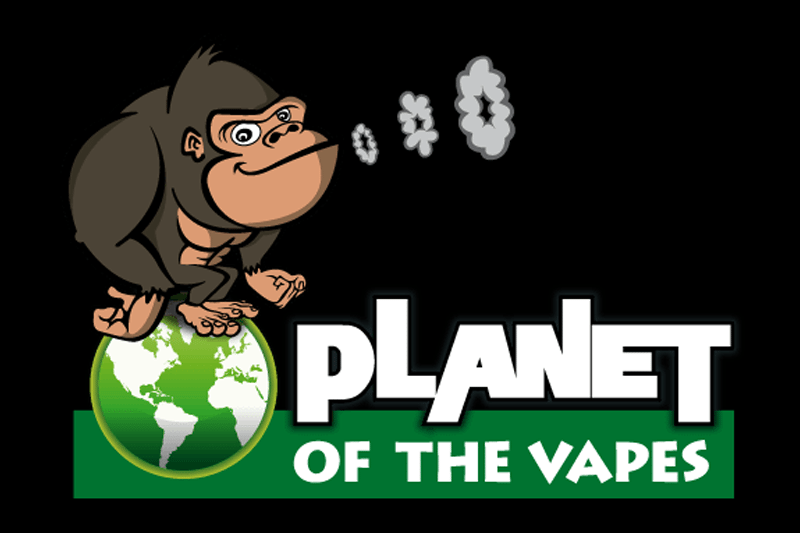 Not to be confused with the cannabis vaporizer retailer in the US, Planet of the Vapes (POTV) is a UK-based vaping website, with a companion forum that has grown into one of the most trusted resources for new and experienced vapers alike.

The primary website is a strong collection of reviews, guides and the like, displayed in an attractive magazine-style layout. The forum is a nice extension of this visual approach, with clearly laid-out sections for new members, general e-cig discussion topics, and highly specific topics, as well. It’s not nearly as overwhelming as ECF, nor is it as free-form as Vaping Underground, but POTV offers a thorough, concise cross-section of the topics most resonant with its community.

Though the site is definitely UK-focused, it is more than welcoming to vapers from any shores, and all skill levels. The regulars aren’t nearly as acerbic as Underground’s notables, but the British sense of humor comes across more often than not, so be prepared for a little bite with your responses.

Perhaps this is because the POTV community is HIGHLY intelligent. And no, I don’t just mean because they type with British accents. This is an informed, well-spoken, pull-no-punches collection of vape enthusiasts who answer threads with dynamic fervor. It is both comforting (for veterans) and intimidating (for newcomers), but results in a consistently high level of discussion across the site.

Also, the UK-heavy vendors section is a nice resource for vapers who may be tired of seeing the same retailers on their own shores, opening up a new world of international vape mail opportunities.

A few items of note about Planet of the Vapes

ECF might have sheer depth, and Vaping Underground might be the most loosely monitored community. But for a well-balanced collection of topics, reviews and opinions, POTV is worthy of investigation. That said, of these “big three,” POTV is also the most limited.

Of the standard forums we reviewed, this one had the most open/unresolved threads – even on some fairly recent topics. It was as if the community just abandoned the topic and moved along. Which is fine for regulars, but frustrating for people who arrived via Google, only to be left with a dead end.

I suppose all forums face this problem, as it is the nature of the medium. But on ECF and Vaping Underground, they weren’t nearly as prevalent, even though they are larger overall communities.

More notable is how POTV’s intelligent community might come across as a little “too smart” from time to time. That’s not a negative reflection of the members, but rather the sign of a forum that might be better suited for experienced vapers — though they are very welcoming. There’s a well-crafted newcomers section on the forum homepage, but most of the dialogues I followed quickly became exchanges that would overwhelm someone just entering the vaping world. 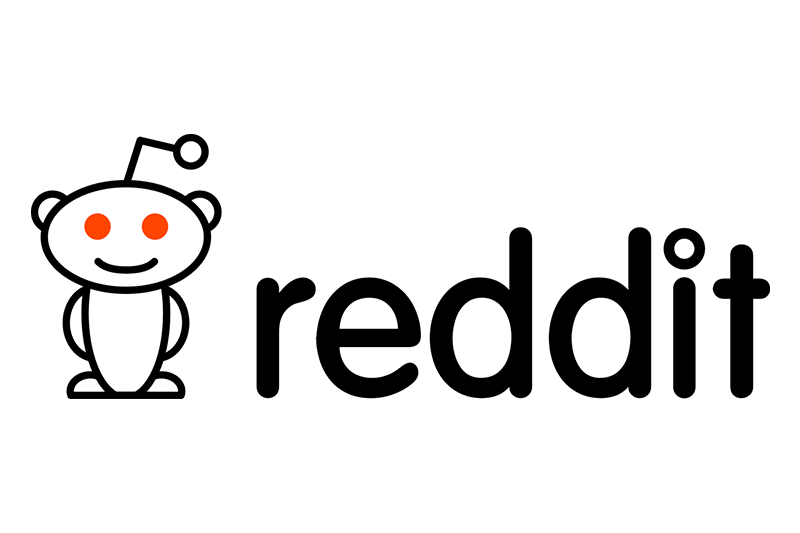 This relative social newcomer is an oddball entry for this piece, but warrants mention because of how closely its format resembles forums from yesteryear. For those unfamiliar, Reddit offers a simple, tiered thread layout that allows you to follow a conversation (Subreddit), and subsequent side discussions – in one page view. In addition, relevant side topics worthy of their own separate chat can become additional Subreddits, which have their own threads, but remain linked with the parent topic.

Reddit is currently one of the most popular ways to discuss vaping today. With the primary Electronic Cigarette Subreddit exceeding 150,000 subscribers and countless daily visitors, it is an active, engaged community of vapers of all experience levels. It’s also a self-moderated one, with many Redditors policing their communities to ensure there’s little repetition or redundancy.

Another major highlight is the sheer abundance of Subreddits available – most of which are VERY active. If there’s a vaping niche, there’s a group dedicated to discussing it. Some of the most prevalent include:

Things to note about vaping subreddits

For straightforward subjects, the tiered approach can be an easily accessible way to view content. But on more elaborate discussions, such as reviews of e-liquid retailers, the amount of side chatter can quickly become distracting. For many, Reddit is already a bit intimidating, but it’s like anything else: you need to read up on the TOS before diving in, and in general, pay close attention to how people communicate. Don’t go in disregarding how things there are done.

Lastly, we don’t know how the Reddit community does it, but somehow they seem to get all the good information, even about news and politics, before everyone else. If it isn’t on Reddit, it likely doesn’t exist! Reddit is a place to go to get the latest info about almost anything ecig-related.

Forums may be a dinosaur in a world on real-time communication, but they also present an easy way for vapers to find a wealth of information in one location. Though most of the world’s forum communities are dwindling, vaping forums are growing alongside this burgeoning industry.

This list was just a small cross-section of what’s available. Which of your favorite forums? Let us know in the comments section, or on our Facebook page!

The post 4 of the World’s Most Popular Vape Forums appeared first on Vaping360.