One of the most popular rebuildable tanks of last year just got a makeover. The new Manta MTL RTA looks just like the original but it now has a tighter airflow, and the deck is geared for single coil builds. From the looks of it, it has the potential to rival the likes of the Siren 2, Berserker Mini, and Ares. Here’s a closer look. 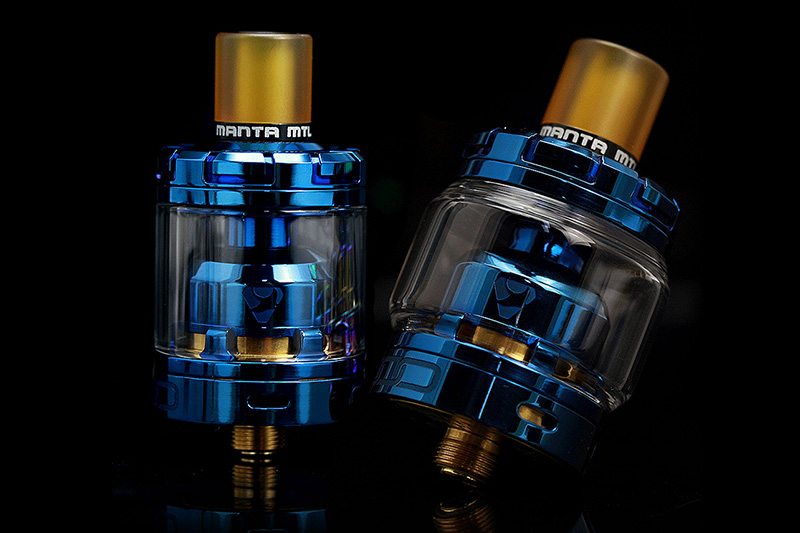 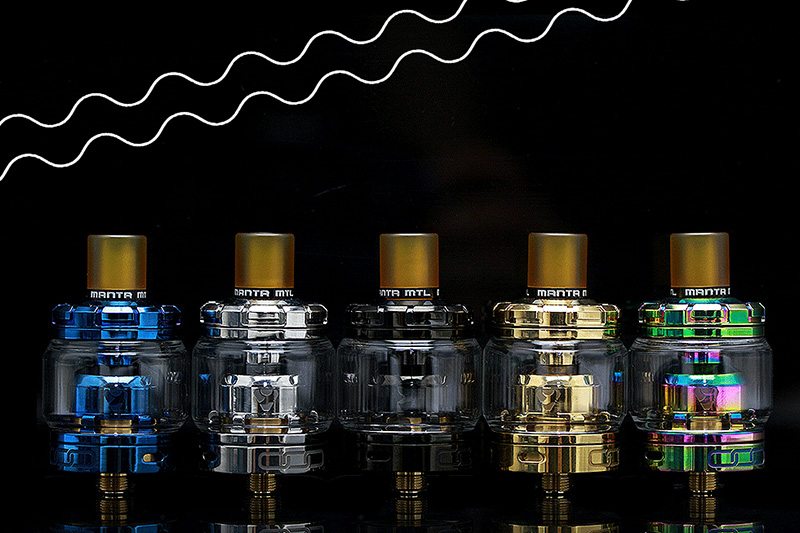 A recent surge in MTL devices is actually a throwback to an older style of vaping. As it turns out, not everyone is still interested in the theatrics of chucking “phat clouds”, although the original Manta RTA was more than that. Still, it performed best at higher wattages with big beefy dual coil builds. It still features the same Manta logo and Ultem drip tip, but this time they went with an appropriate 510-style mouthpiece.

The tank is 24 mm in diameter and has an aesthetic similar to the original. It uses a threaded top-fill system with giant kidney-shaped fill ports. The bottom airflow system works the same as before but provides a much tighter draw suitable for MTL vaping or restrictive lung hits.

The Manta MTL has a 3 mL maximum capacity with the bubble glass, 1.5 mL less than the original. The European edition only includes the straight 2 mL glass for TPD compliance. Considering it is a single-coil mouth to lung device, 3 mL is not bad, but a bit less than the average MTL tank.

Advken has not released any images of the build deck. I’m guessing they are afraid to let the cat out of the bag until it is released. What they’ve said so far is that the deck posts will feature side-air intake holes to enhance flavour.

The original Manta used a modified Velocity-style deck. The Manta MTL will probably implement a similar system as the Merlin MTL, a single-coil RTA that also utilizes a side-air intake system. Advken announced that the deck will be made of vacuum-plated gold.

Considering the popularity of the original Manta and the price, the Manta MTL RTA could very well become a fan favorite among MTL vapers. It looks good and has decent capacity, easy top-fill, is single-coil compatible and TPD compliant. If it delivers flavor like the original, then it could be a home run for Advken.