One of the biggest trends in vaping recently has been nicotine salt-based e-juice. Why? Pod systems and MTL vaping typically goes hand in hand with high-nicotine e-liquid. These salt-based formulas can actually help satisfy your nicotine craving with minimal cloud production.

Nic salt delivers nicotine more effectively and is smoother in higher concentrations than freebase nic. It also provides a satisfying throat hit that smokers and MTL vapers crave. Closed systems like the JUUL initiated the trend, but now there are many refillable pod vapes as well.

Just like any growing trend, companies will all try to jump on the bandwagon to make a buck. We’ve been testing many of these emerging brands to determine which ones are worth buying. Before you spend your money, have a look at some of our favorite salt nic-based e-juice lines. 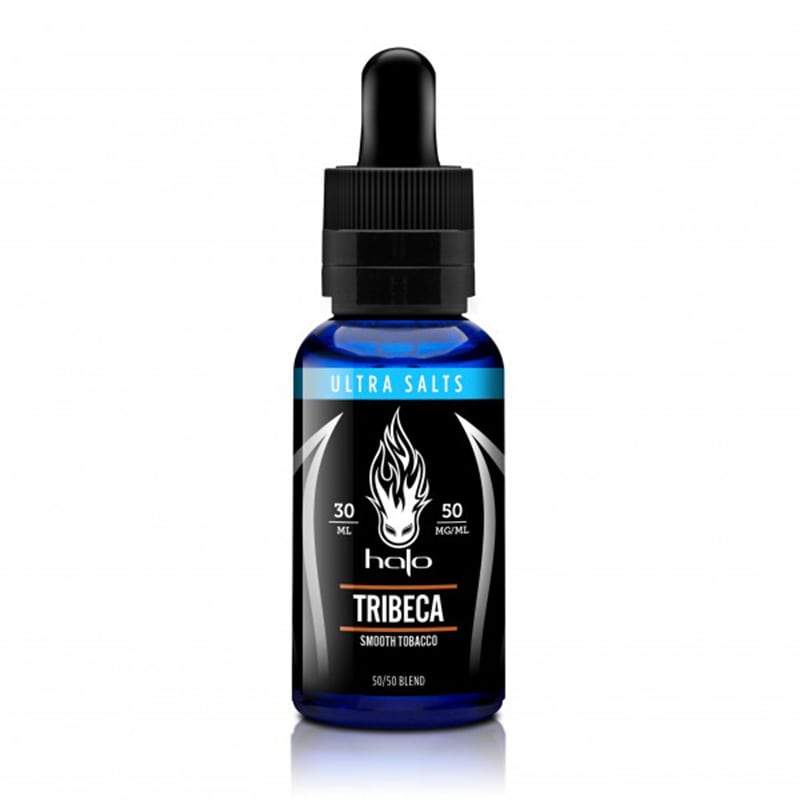 Finally. Halo, one of the top e-liquid makers has just released a new line of Ultra Salts. Featuring a salt-based version of their most popular flavors: Tribeca and Sub Zero. Experience the magic of Halo’s classic e-liquid in high nicotine strengths. Perfect for MTL tanks and pod style devices.

Sub Zero delivers an icy blast of menthol and Tribeca is a classic RY4-inspired tobacco mixed with sweet caramel and vanilla. If you’re looking for something sweeter, they also have two EVO flavors available with nic salt. It includes a sugary bubblegum and a juicy watermelon flavor. 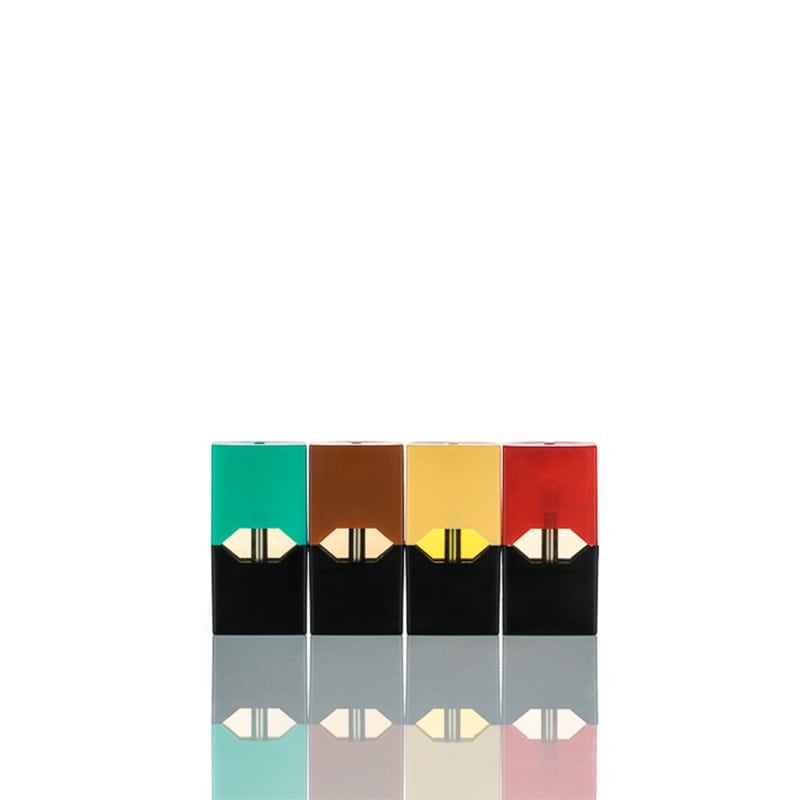 JUUL Labs actually pioneered the whole nic salt trend years ago. The first nic salt e-juice ever made was based on the juice found inside the JUUL pre-filled cartridges. To this day, it is still the most popular device used for vaping, especially with smokers and nic salt e-liquid lovers.

The JUUL makes vaping more accessible to beginners and smokers. It simplifies the process by using pre-filled pods, eliminating the need for refilling or maintaining coils. You just pop in your flavor of choice and vape. No buttons or menus. It’s an easy choice for transitioning smokers. It’s also an excellent companion device to have for the more experienced stealth vapers. 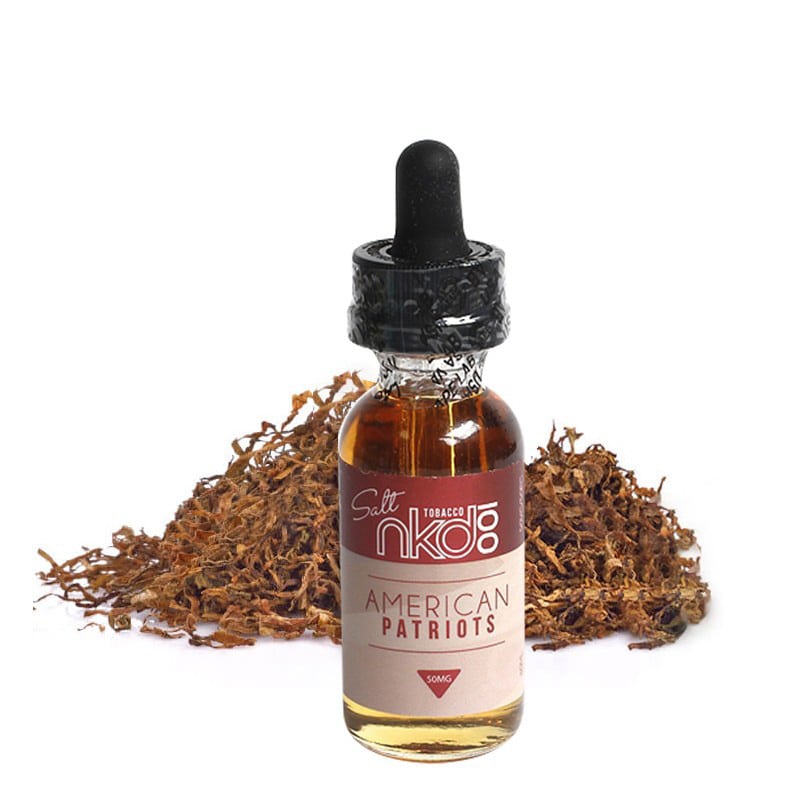 One of the top e-liquid brands just rolled out a line of salt-based e-juice. Vape your favorites like American Patriots, Brain Freeze, Frost Bite, Really Berry and of course Lava Flow in a whole new way. Comes in 25 and 50 mg nicotine in 30 mL bottles. Need a refill? Get Naked. 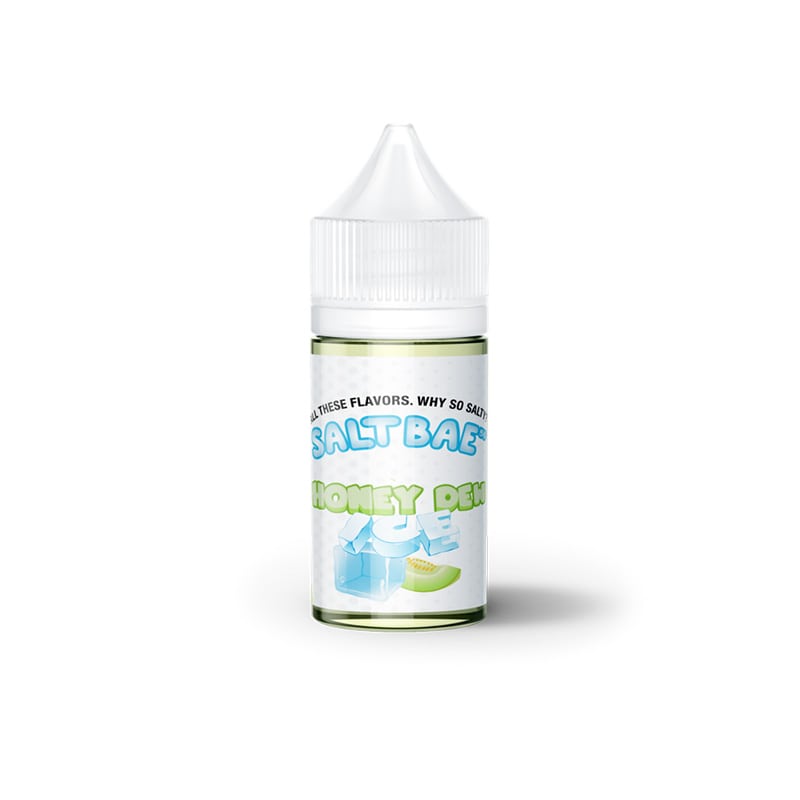 Salt Bae offers four varieties in 25 and 50 mg nicotine. With flavors including strawberry kiwi, honeydew ice, sweet caramel tobacco, juicy watermelon, red mango and green apple. Each one comes in a 30 mL unicorn bottle. Their juice is smooth and the flavors descriptions are on point. 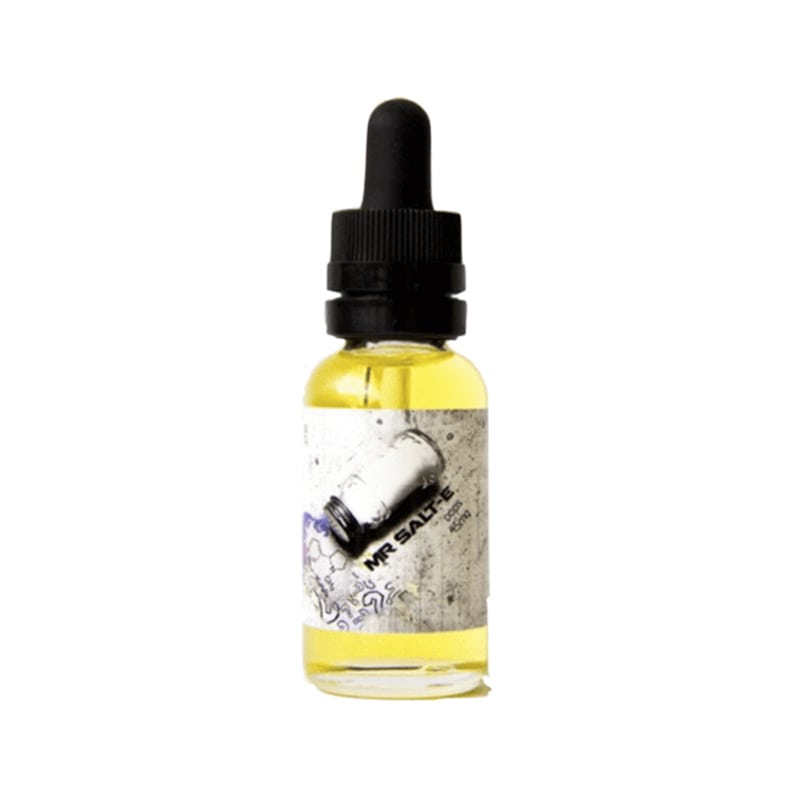 Mr. Salt-E has one of the largest selections of flavors when it comes to salt-based e-liquid. The juice is available in 25 or 45 mg and comes in 30 mL bottles. They even have five special 5 mg blends suitable for sub ohming. From fruit to desserts, Mr Salt-E has 30 flavors to choose from. 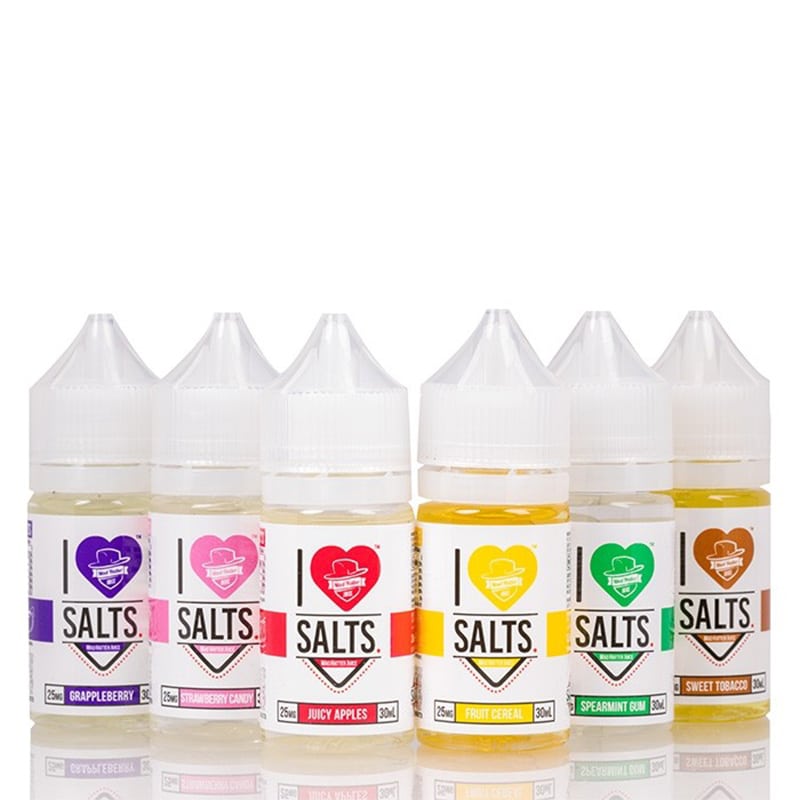 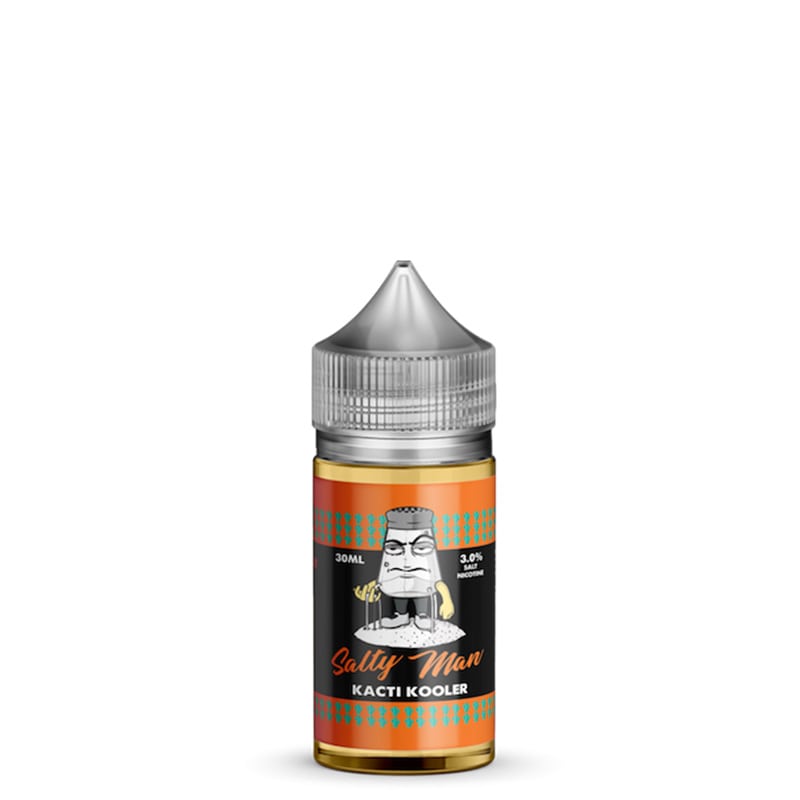 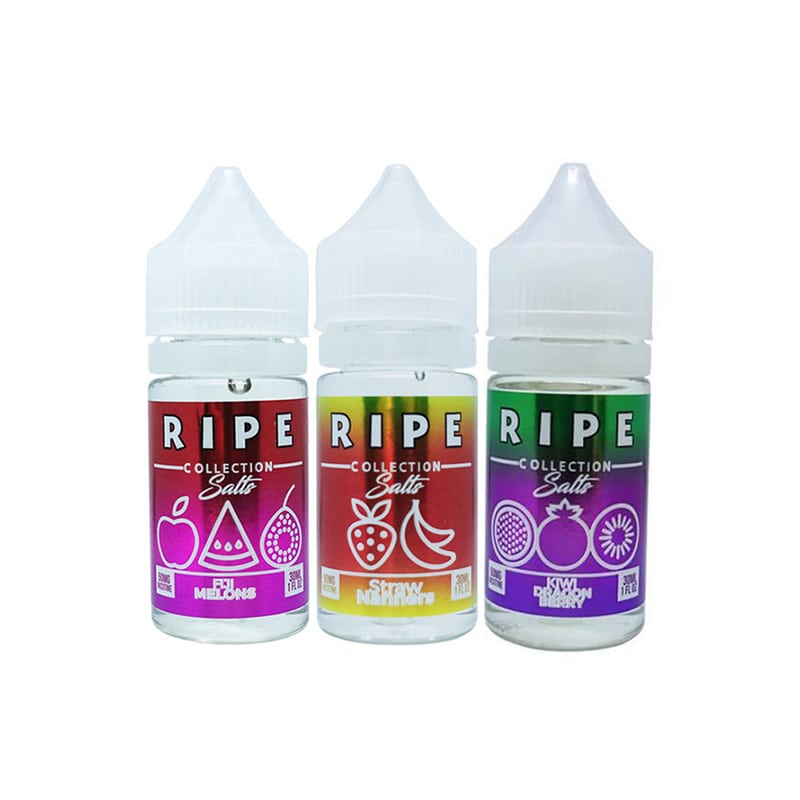 What is nicotine salt?

Nicotine salt e-juice contains a naturally-occurring compound found in tobacco leaves called benzoic acid. Unlike the nicotine ordinarily used in e-juice, salts aren’t just pure nicotine; they’re compounds containing other organic components. A more stable molecule is formed as a result of this. The form of nicotine ordinarily used in e-liquid is called “freebase” nicotine. This is nicotine unbonded to anything else and has been traditionally considered preferable for vaping.

How do nicotine salts work in e-liquid?

The story so far is a little confusing. Companies offering nicotine salt vape juices claim that it’s much more satisfying to vape than traditional freebase nicotine e-liquid, and yet the tobacco industry appears to have come to the exact opposite conclusion. Are the e-liquid companies missing something? Is nicotine salt e-liquid just a marketing gimmick?

This would have been the case were it not for some experiments performed by Pax Labs, who created the JUUL vape. Through many experiments with different formulations (explained in detail in a patent but in a much more readable format here), their researchers discovered that specific nicotine salts actually appeared to work better than freebase nicotine e-liquid. They call the finding “unexpected,” but tests of the blood nicotine levels obtained by users confirm the results.

The key ingredient was benzoic acid, which was added to control the specific nicotine salt formed in the e-liquid. By considering the reactions that occur at vaping-like temperatures, they were able to make a juice containing nicotine salts that still got you plenty of usable nicotine when you vape it.

By adding benzoic acid, the vapor from nicotine salt e-juice has a lower pH and is less harsh to vape, but chemical reactions occur during vaping that maintain high freebase nicotine content in the vapor. This means you can comfortably vape higher-nicotine e-juice.

Through more experimentation and consideration of vaping conditions (where temperatures are lower in general), PAX Labs has found a way to make nicotine salts a viable method of vaping, and arguably a better one. Today we see tons of vape of companies following the nic salt trend. 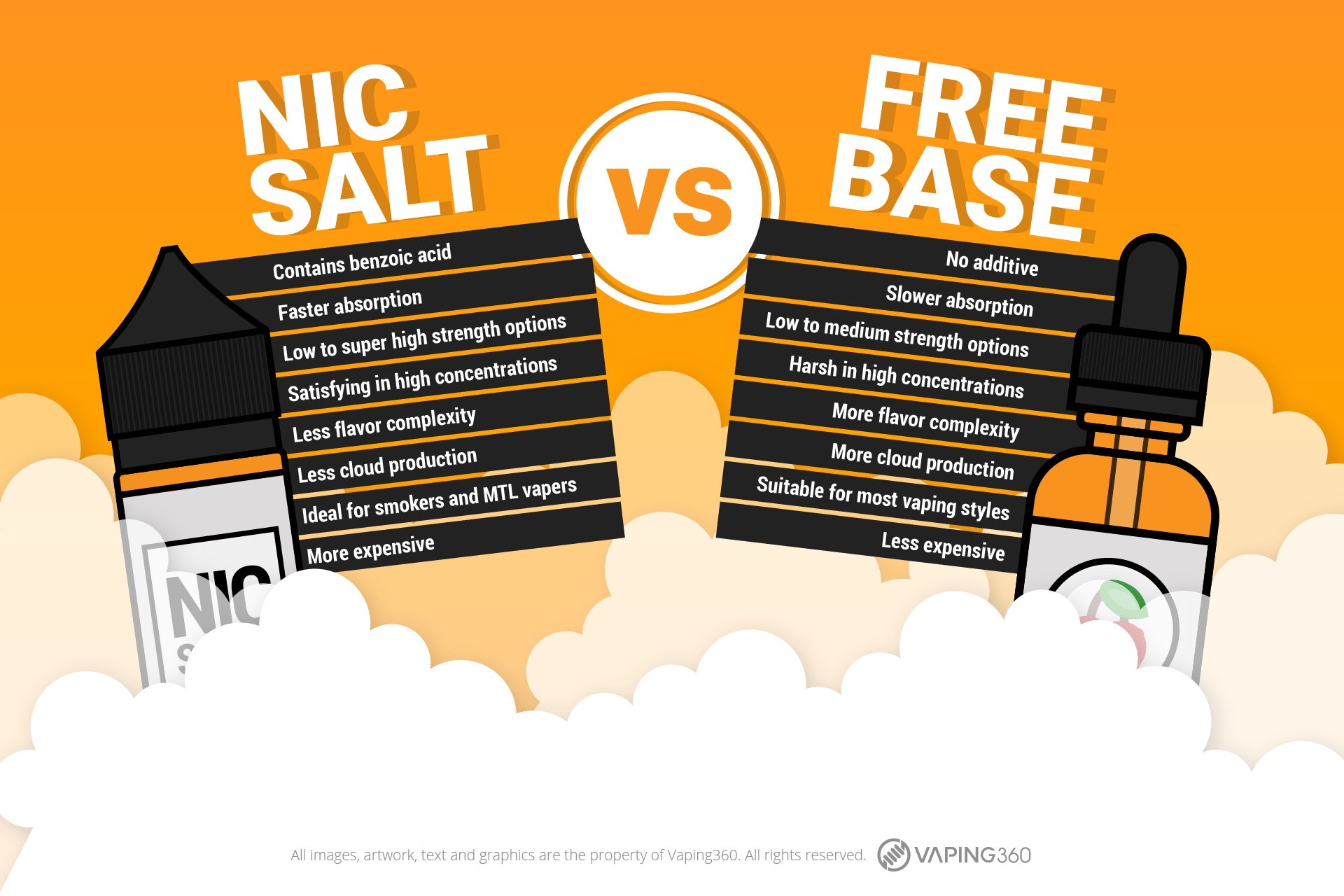 Taking a step away from the science of nicotine salt e-juice, what does this all mean for you as a user? Why should you try nicotine salts?

How to vape nicotine salt

Pod-style devices are optimal for vaping nicotine salts. Nicotine salt e-liquid is intended for use in lower-power devices. The JUUL is a great example of a device that uses nicotine salts. It’s compact and low in power output, essentially like a futuristic cigalike.

If you have a higher-power device, you can also get nicotine salt e-liquid in lower nicotine levels too. Whether these are actually noticeably better than ordinary freebase nicotine e-juice at the same nicotine level is unclear, but many vapers tend to find it more satisfying and smoother.

This is an understandable question, but the truth is that nicotine salt itself is probably just as safe as freebase nicotine. Ultimately, even if it’s originally in the form of a salt, the nicotine affects the body in the same way, so there are no real differences in terms of risks.

However, there is one important factor to consider. To make nicotine salts work in e-juice, benzoic acid is added to the mix. While this isn’t known to be very toxic to humans, most of the evidence concerns ingestion rather than inhalation. Studies on animals suggest little risk, but the truth is that we’re not too sure what the long-term effects will be for humans inhaling benzoic acid at the concentrations found in nicotine salt e-juice.

Despite this big question mark over the risks of inhaling benzoic acid, it goes without saying that vaping nicotine salt e-liquid is still going to be much, much safer than smoking. In addition, the reduction in the amount of vapor you’ll have to inhale could arguably make a high-strength nicotine salt e-juice even safer to use than an ordinary e-liquid.

Although the word dependence is more suitable when discussing “addiction” to nicotine outside of smoke, in everyday (i.e. less precise) language, nicotine salt is addictive. Other components of smoke do enhance the addictiveness of smoked tobacco, but nicotine itself is still the primary addictive component of smoke. In short, nicotine salt e-liquid is just as addictive as freebase nicotine e-liquid, and if it leads to sharper spikes in blood nicotine levels (which Pax’s data suggest it does) it could actually be slightly more addictive than normal e-juice.

Not for everyone, but ideal for some

Nicotine salt e-juice isn’t the right choice for every vaper. If you like huge clouds, you’re better off sticking with standard e-juice, for example. But for anybody just switching from smoking who finds ordinary e-juice too harsh on the throat or unsatisfying, or any vaper looking for something to use quickly and discreetly, it’s a potential game-changer. Expect to see a lot more about nicotine salts this year. What are your feelings on nicotine salt? Have you tried them yet, what was your experience like? Leave us a comment below!