Everyone knows that quitting smoking can improve your health in lots of ways, but can vaping actually cure a chronic health problem in a non-smoker?

A new paper by Joanna Astrid Miler and Peter Hajek tells the story of a young woman who took up vaping by chance, and has found that it relieved a medical condition she has suffered with since childhood.

Miler, a psychologist, is a research fellow at the Centre for Substance Abuse Research in Glasgow. Prof. Hajek is a professor of clinical psychology, and director of the Tobacco Dependence Research Unit at the Wolfson Institute of Preventive Medicine at Queen Mary University London. 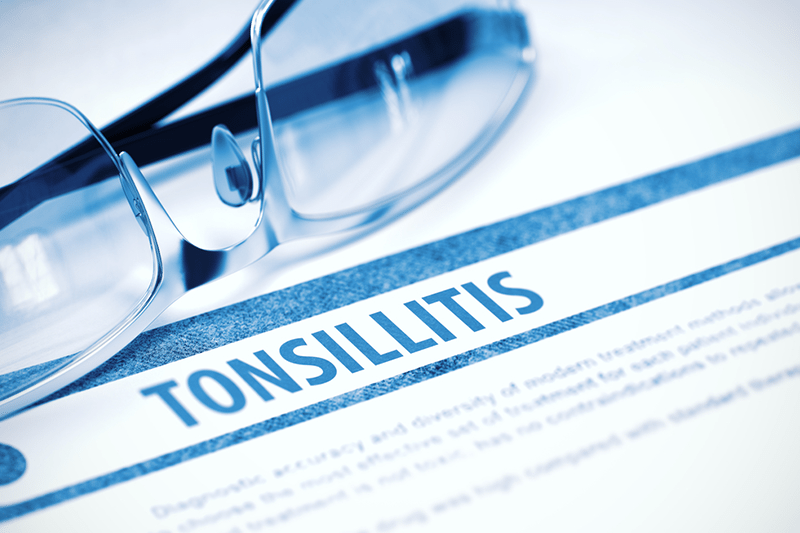 The researchers came across a report in a vaping survey from a 26-year-old woman with an unusual story to tell. They refer to her by her initials LM. She is a non-smoker who has suffered from frequent episodes of tonsillitis, beginning at about the age of seven. Since age 17, she has also had recurrent tonsilloliths.

Tonsillitis is inflammation of the tonsils, usually caused by a virus, but sometimes by bacteria. Symptoms include a sore throat, trouble swallowing, swollen tonsils, and enlarged lymph nodes on the neck. Tonsilloliths happen when trapped debris in the creases of the tonsils calcifies and becomes hard. They’re sometimes called “tonsil stones.”

“The problem would be present for about seven days per month,” the authors write. “In childhood, she was repeatedly prescribed antibiotics. She saw two ENT specialists but was advised against tonsillectomy. Her current GP recommended that she waits for the infections to clear by themselves and they usually do, but then return a few weeks later. Over the past few years, she came to accept the there is no medical treatment for her condition and stopped seeking further help.”

“Her partner stopped smoking and switched to vaping about eight months ago and now uses e-liquid with 0-3mg/ml of nicotine. LM first tried her partner’s e-cigarette out of curiosity in April 2016. As her partner moved on to a newer EC device, she ‘inherited’ his old device and started to use it more regularly.”

“She can go without vaping for extended periods of time with no discomfort,” the authors note. “She thinks that vaping met her need to do something with her hands (she tends to fidget and used to bite her nails prior to taking up vaping) and has reduced her snacking on sweets and chocolate throughout the day. She likes sweet and fruity vaping flavours and enjoys vaping together with her partner.”

Then something unexpected happened. LM noticed after three months of this routine that her throat wasn’t sore in the morning anymore, and she stopped coughing up phlegm. And the improvement continued.

“She had now been vaping for eight months and her tonsillitis has not recurred, and her tonsiloliths have markedly improved. In addition to this, since starting vaping LM has not suffered a single respiratory infection or common cold. LM is not sure what caused these improvements but she is enjoying them greatly.”

Say ahhhh…and have a vape 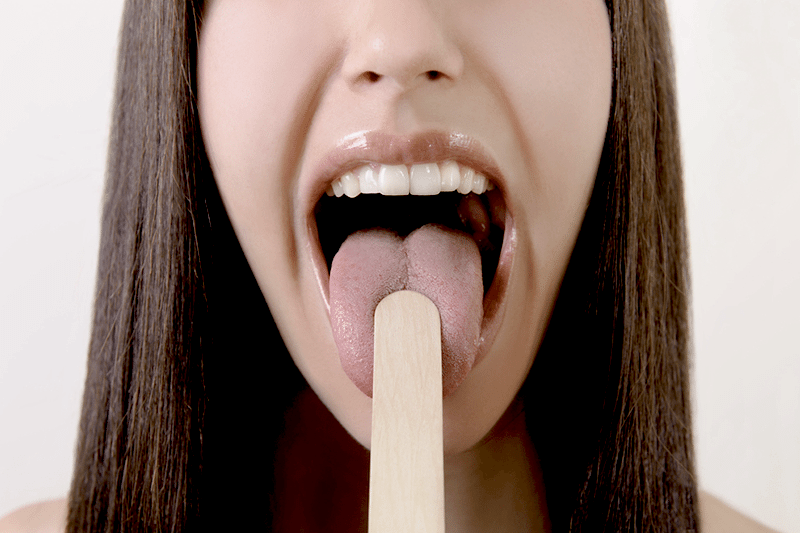 Vapers frequently talk about their improved health after quitting smoking and beginning to vape. But those are just anecdotes, as they say. If I tell my doctor that I’ve only had two minor colds in the five years since I started vaping, he’d say that’s probably because I quit smoking.

But LM never smoked. And that makes it worth a write-up in a scientific journal.

“The present case study is of particular interest because LM is a non-smoker,” write Miler and Hajek. “Smoking increases susceptibility to respiratory infections and so a similar recovery in a smoker who switched to vaping could be ascribed to smoking cessation.”

They go on to explain that it could simply be a coincidence or spontaneous unexplained reversal of symptoms. Yes, those things do happen. But they also have a tentative hypothesis.

“There is a possibility is that propylene glycol in EC aerosol affected a microbial strain that was causing LM problems. Nicotine at low concentration is also known to have anti-inflammatory effects and this may have played a role as well, although LM uses primarily nicotine free EC.”

Propylene glycol (PG) is known to have antimicrobial properties. “Whether EC aerosol has the same effect remains unknown,” the authors write. “A trial of vaping zero-nicotine e-cigarettes in patients with recurrent throat infections could clarify whether this anecdotal observation was a coincidence, a rare idiosyncratic reaction, or an effect that could benefit others.”

The post Can Vaping Cure Tonsillitis? appeared first on Vaping360.