Does Vaping Cause Popcorn Lung?

What is popcorn lung?

Popcorn lung is a slang name used for a condition called bronchiolitis obliterans (BO), or obliterative bronchiolitis. It’s caused when inhaled chemicals scar the smallest airways within the lungs (bronchioles) and reduce their capacity and efficiency. There is no cure for BO except a lung transplant.

Bronchiolitis obliterans may result from lung injury caused by a variety of different chemicals and respiratory infections. Inhaled chemicals known to irritate the lungs and lead to the condition include chlorine; ammonia; oxides of nitrogen or sulfur dioxide; welding fumes; or food flavoring fumes (such as diacetyl).

One problem with studying popcorn lung is that it is impossible to accurately diagnose without doing a surgical lung biopsy, and sometimes not even then. Reading the accounts of studies done at the flavoring factories where known cases have been isolated, it’s clear that there is a spectrum of lung damage probably caused by diacetyl and other flavoring chemicals. Not every affected employee had severe permanent lung obstruction.

Further, the symptoms of BO are easily confused with those of chronic obstructive pulmonary disease (COPD), a far more common condition. Lifelong smokers often get COPD, which is a combination of emphysema and chronic bronchitis (most sufferers have both diseases). However, COPD develops slowly over years, while BO can develop rapidly, often within months after the chemical exposure that causes it.

Why is it called popcorn lung? 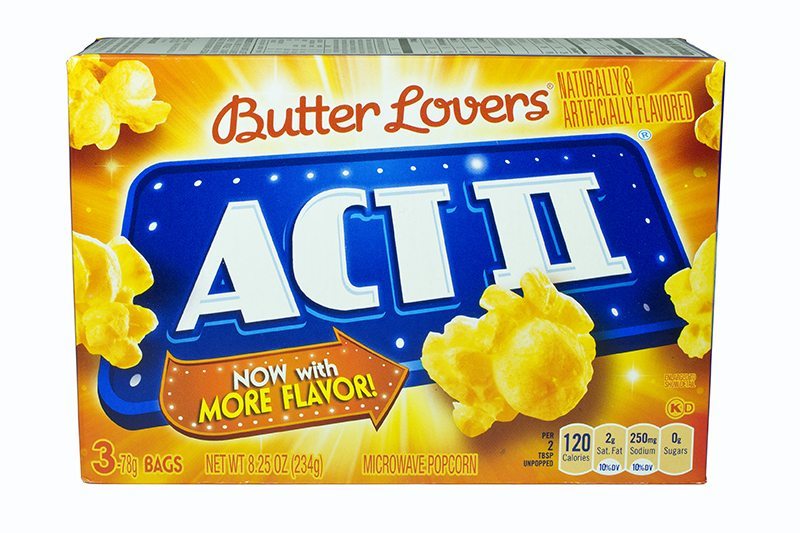 Popcorn lung can be caused by the inhalation of a chemical called diacetyl, also known as 2,3-butanedione. Diacetyl is used as a flavoring agent, and used to be common as a microwave popcorn additive. In 2002, the Centers for Disease Control and Prevention (CDC) documented eight cases of irreversible lung disease that occurred in people who had worked at a Missouri popcorn factory between 1992 and 2000. (The National Institute for Occupational Safety and Health (NIOSH) now thinks a BO case at a baking flavor factory in 1985 might have been caused by diacetyl too, which would be the earliest diacetyl-linked incident.)

Diacetyl and AP are used in processed foods to impart a buttery or creamy flavor.

Investigation identified diacetyl as the likely culprit. After that initial episode, additional cases of BO were diagnosed at other factories, including some caused by other flavoring agents. Hundreds of lawsuits have since been filed by flavoring factory employees, and most have been settled. At least one consumer won a multi-million dollar suit claiming he had lung damage from making microwave popcorn in his home, although the science on that case is far from settled.

Extensive research following the Missouri incidents showed the inhaled diacetyl could indeed cause obliterative bronchiolitis, and the government set about creating guidelines for workplace limitations for the chemical. Meanwhile, microwave popcorn manufacturers removed diacetyl from their flavoring compounds entirely.

Diacetyl is a chemical known as a diketone. Several diketones are used as flavoring agents, and are typically classified as safe to ingest (the genotoxic acetylacetone is an exception). Diacetyl though, as we’ve seen, is definitely not safe to inhale — at least in large quantities. A diacetyl cousin is considered likely to be nearly or just as dangerous. That’s acetyl propionyl (AP), also known as 2,3-pentanedione. 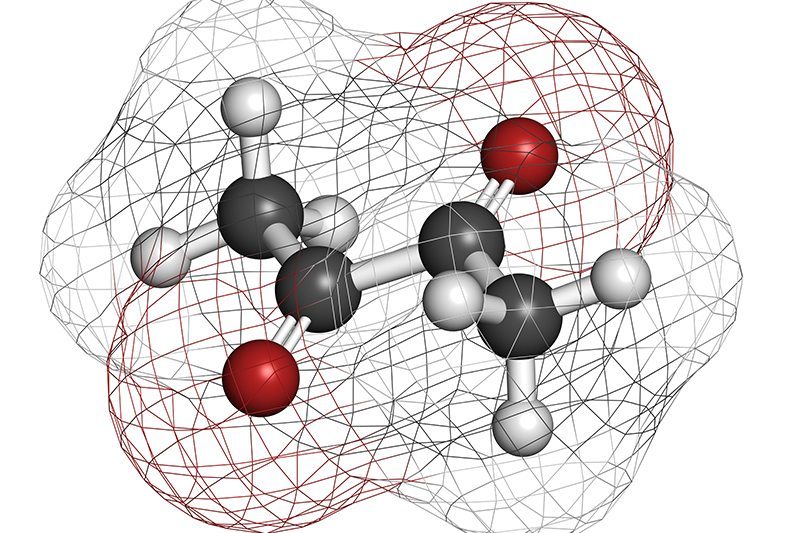 Diacetyl and AP are used in processed foods to impart a buttery or creamy flavor. For example, when making vegetable oil margarines, manufacturers may add diacetyl or AP to give the flavorless oil a more authentic buttery taste. They also enhance sweet and savory flavors and make them “pop,” much as salt enhances meat.

Another related flavoring agent is acetoin (or 3-hydroxybutanone). Acetoin is a ketone, but not a diketone. It too is used to provide a rich buttery or creamy flavor.

What does this have to do with vaping? 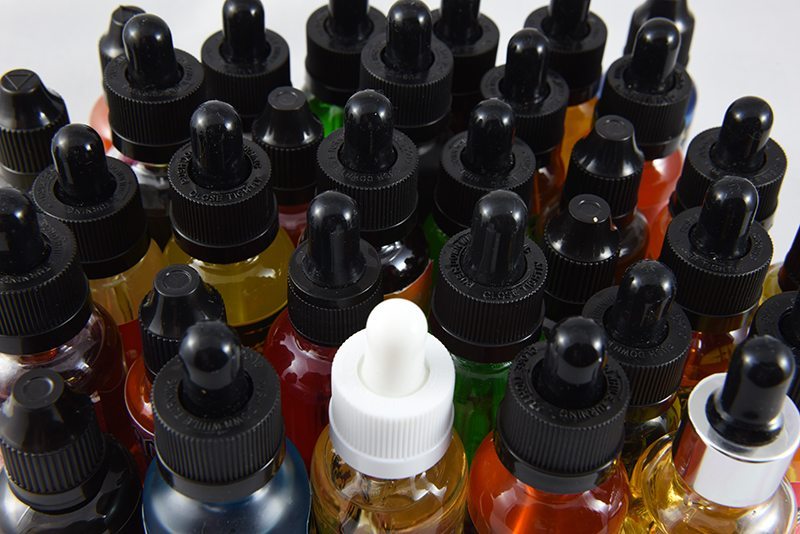 As you probably know already, some e-liquids contain diacetyl or AP (or acetoin, or a combination). That’s because the companies that make chemical flavorings never considered that their concoctions would be inhaled — until recently, that is. The early makers of e-cigs and e-juice used whatever flavors were available, and they didn’t much think about the potential dangers of flavorings.

Some early vapers made the connections though. There were questions raised about diacetyl’s risks on vaping forums like ECF as early as 2009. Since then, the conversation about diacetyl and AP has never stopped. There are two typical points of view expressed. One is that if vaping is safer than smoking, everything else is a lesser concern. The other is that diacetyl is avoidable, and if we can eliminate an avoidable risk, why shouldn’t we?

Many vapers were shocked by the study.

The argument got louder in 2014 when Dr. Konstantinos Farsalinos, a Greek cardiologist who has done pioneering research on e-cigs and vaping, found by accident that a large percentage of e-liquids he was using in an unrelated experiment contained either diacetyl or AP or both. He then gathered samples of other sweet-tasting e-liquids for further study, and found that over 70 percent of those e-liquids also contained the chemicals, and that almost half of those that did contained levels above standard workplace safety limits. Many vapers were shocked by the study.

“The study is important because it confirms the lower risk potential of e-cigarettes compared to smoking but also identifies an avoidable risk” said Dr. Farsalinos. “We expect to see appropriate action taken by the e-cigarette industry to remove this small but unnecessary risk, making the products even safer than they currently are”.

There are no standards for safe vaping of diacetyl or AP.

The vaping community divided again roughly along the same lines. Many agreed with Dr. Farsalinos, and began loudly demanding that e-liquid companies eliminate diketones from their products, or at least test them and publish the results. (Many did — and still do.) Others claimed they had changed their formulas and stopped using flavorings that were known to contain diacetyl or AP. However, the issue never went away. There remains controversy over the possible dangers of diketones and even about whether we can be sure they’re present.

Testing – is it worth the cost? 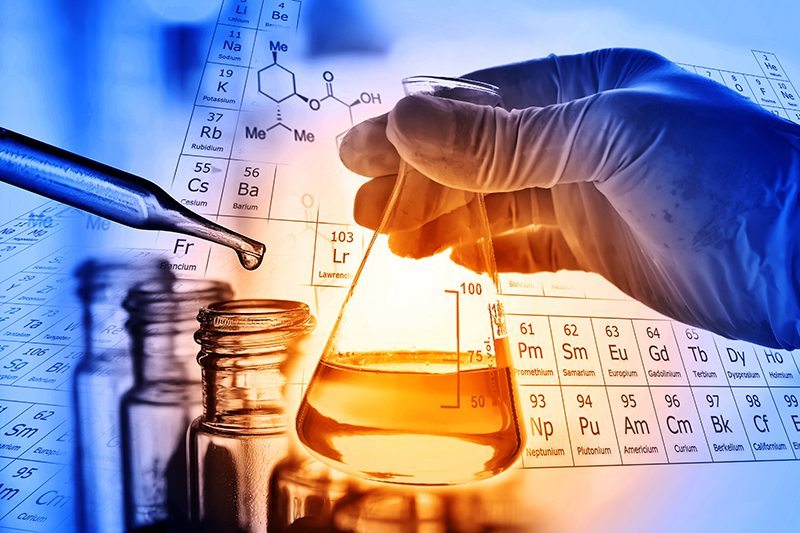 Part of the confusion comes from the testing itself. The labs that do the work have to be looking for something specific. Further, they have to develop testing that’s able to detect very small quantities of potentially risky chemicals. The original testing regimes for e-juice set limits of detection far too high, and missed the small (but perhaps still significant) amounts that were present.

Batch testing of every e-liquid is expensive.

There are no standards for safe vaping of diacetyl or AP. We simply don’t know what a dangerous amount to inhale is, or how the amounts shown in testing relate to what is actually inhaled. Batch testing of e-liquids is fairly expensive. Many small manufacturers or shops that mix their own liquids object that it would cost more than it was worth. Besides, many said, even with some unknown risks, vaping is still probably much safer than smoking.

For vapers that are concerned, finding diketone-free e-liquids is fairly easy nowadays. Some flavoring producers now make diketone-free flavorings especially for vape products. And many e-liquid companies take testing very seriously. Lots of brands offer testing results on their websites, so you can compare.

Does smoking cause popcorn lung? 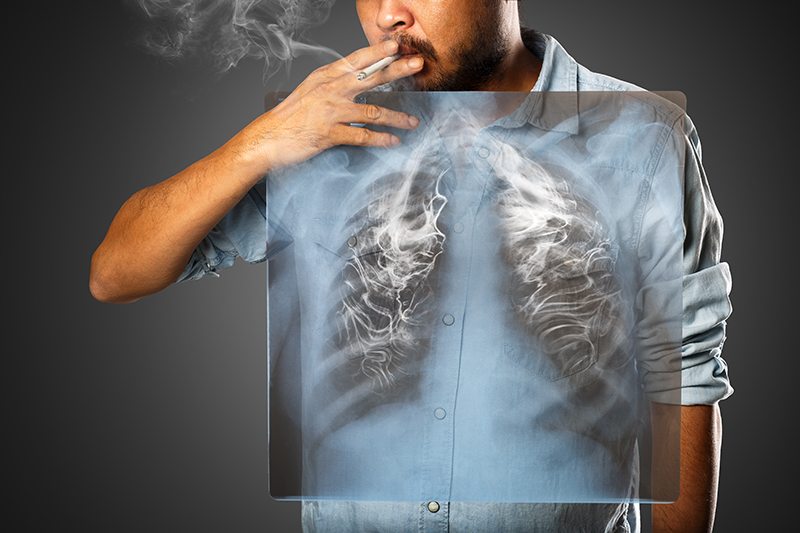 Asking if smoking causes bronchiolitis obliterans is a useful question, but the answer isn’t a simple one. Cigarettes do contain diacetyl (and acetoin). In fact, they contain a lot of it. A regular cigarette smoker probably inhales more than 100 times as much diacetyl as any vaper. But there has never been a diagnosed case of popcorn lung in a smoker, except smokers who also inhaled diacetyl directly at one of the studied flavoring factories.

Does that mean that inhaling the quantities of diacetyl found in cigarettes can’t cause BO? Perhaps, but we can’t be completely certain. Smokers have been getting sick and dying from obstructive lung conditions for decades now, but very rarely have they been looked at closely enough to know for sure if popcorn lung could be the cause of the damage.

When a long-term smoker dies with COPD-like symptoms, doctors assume it was COPD.

Remember, a positive diagnosis of BO requires a risky invasive procedure — a surgical lung biopsy. And since the treatment for BO and COPD are essentially the same, there is no real benefit to the patient in opening their chest to try to learn the specific condition that caused their symptoms. Because of the difficulty in making an accurate diagnosis, it’s possible that cases of popcorn lung in smokers are misdiagnosed as COPD or emphysema. When a long-term smoker dies with COPD-like symptoms, doctors generally assume the smoker had COPD. Rarely is an autopsy called for. Autopsies are expensive, and identifying the precise cause of death in elderly smokers isn’t a priority for most medical examiners.

Does vaping cause popcorn lung? 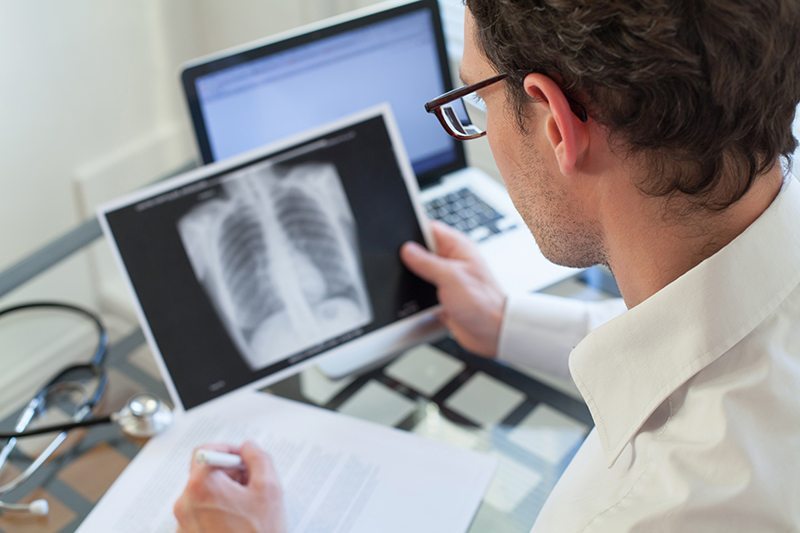 I can’t blame any reader of this article for throwing their arms in the air and screaming. I’d kind of like to do it myself. There are just no easy answers to the questions about vaping, diketones, and popcorn lung. But we can make some good guesses.

Despite the confounding factor of widespread COPD (and other obstructive lung conditions) in smokers, there has been no observed trend of vapers developing obliterative bronchiolitis. Since this is a regular feature of e-cig scare stories in the news, it seems quite likely that if vaping was causing popcorn lung, we’d have seen at least one report of it by now.

After all, people have been using e-cigarettes regularly for over a decade now, and BO observed in flavoring factory workers developed rapidly — in less than two years. On the other hand, if a vaper did develop popcorn lung, we would be confronted with trying to separate their smoking and vaping histories. More confusion — but so far just potential confusion.

Compared to the known dangers of smoking, vaping is relatively safe.

If you’re a smoker considering vaping as a safer alternative, you can take some comfort in the fact that far smarter people than me have thought about this issue. The Royal College of Physicians and Public Health England have both weighed all of the evidence on e-cigarette hazards –including the danger of popcorn lung — and both have concluded that vaping is a much better choice than smoking, and have encouraged doctors to recommend e-cigs to their smoking patients.

The bottom line is that there is no current evidence suggesting vaping causes popcorn lung. That doesn’t mean that it might not cause some related disease that has yet to appear. But the likelihood of that seems small. Compared to the known dangers of smoking, vaping is relatively safe. And that is the only relevant comparison, because vaping is meant to be a smoking substitute.

The post Does Vaping Cause Popcorn Lung? appeared first on Vaping360.