The Pico S is the newest mod from Eleaf. It is the latest in their line of Pico mods that have been very popular over the past few years. It is a single 21700 Battery mod (also compatible with 18650 or 20700) listed at 100 Watts. The one I received included an Avatar Controls 4000 mAh 21700 battery – but it’s also available without it.

The Pico S follows the general design of the series with the raised battery cap but has a little more flair than the older Pico mods and some LEDs. 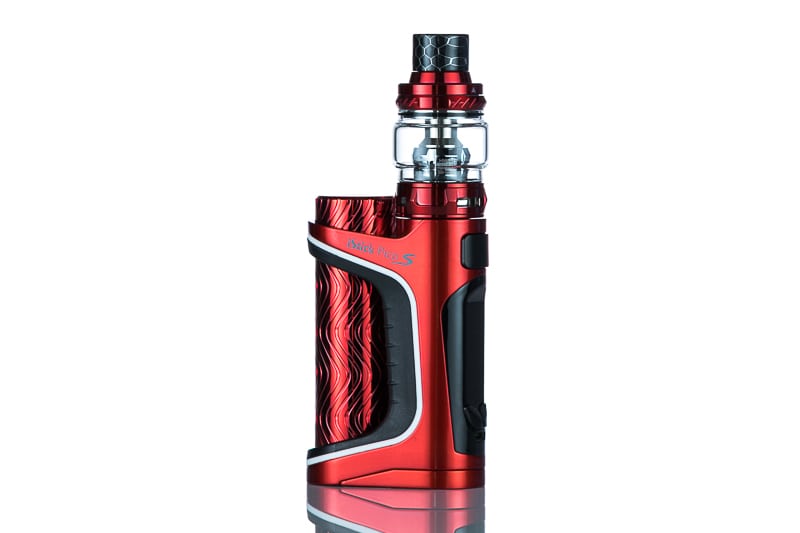 When I first got this mod, I was pretty impressed with the looks and feel of it. The paint job of the “dazzling” model looks great. It has your standard Pico screen but is bright and clear. Not flashy at all or too large.

I’m happy they ditched the bottom adjustment buttons of the older models. They are now placed under the screen. The battery tube is independent of the body — the LEDs are on the back of the body and shine onto the battery tube. It looks great with them on but you can also turn them off and nobody would notice it has LEDs at all, if they aren’t your thing. 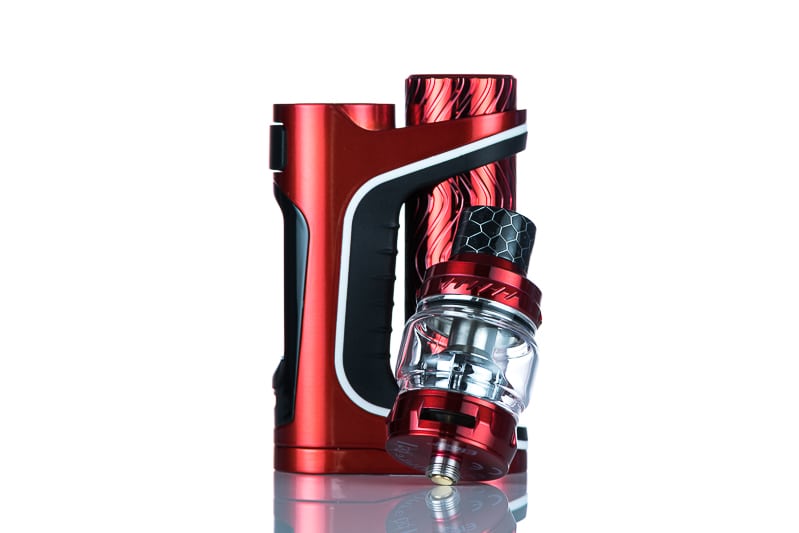 The Eleaf Pico S looks like an updated version of the older simpler Pico mods. The body color contrasts with the tube, and it has black buttons and a black stripe on the back with a highlighted color stripe. The mod feels well built and is lightweight, even with a 21700 battery in it.

Unlike older Picos where you remove the battery cap, on the Pico S you remove the whole battery tube. It’s textured for grip, the threading feels good, and compatible batteries fit well with no play. The buttons on this mod feel nice and clicky, and there is no button rattle to speak of. 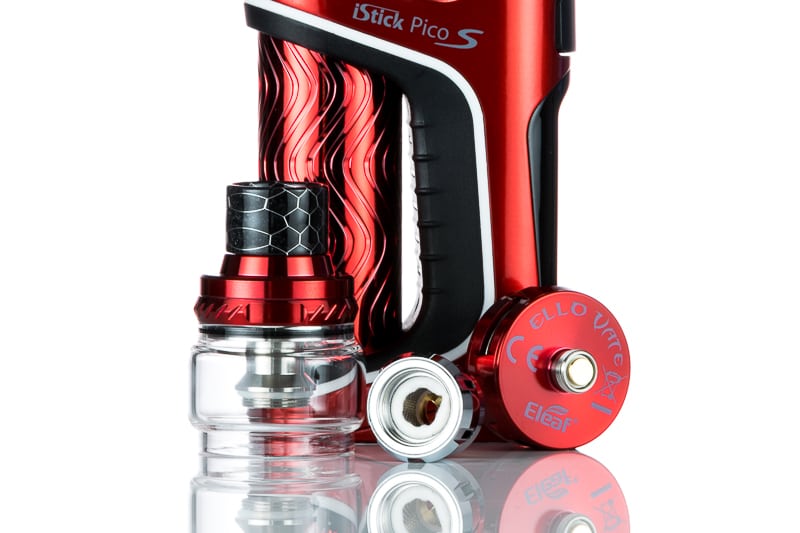 The Pico S is packed with all the features you’d expect from an Eleaf mod. The screen is small and not in color, but it’s bright and clear. A bit too small for me but it’s a little mod and they probably couldn’t fit a much bigger one on it. There is a preheat option where you enter the power and duration. There is also temp control mode for SS, Ni, Ti, and three TCR memory modes in addition to a bypass mode.

The LEDs are also programmable. There are seven color options as well as a default option that cycles between red, green and blue. You can also turn them off. There aren’t any modes or setting to change the way they flash, however. The mod features a raised 510 platform and can handle up to 26.5 mm atomizers, so overhang shouldn’t be an issue. It also comes with an 18650 adapter.

Using the mod is pretty simple. It’s five clicks to turn on or off. Three clicks to change modes, use up and down to scroll and fire to accept. To get into the menu system, hold up and fire and then use the menu normally. Holding up and down locks the adjustment buttons. You can also see a live battery voltage readout in the menu system. 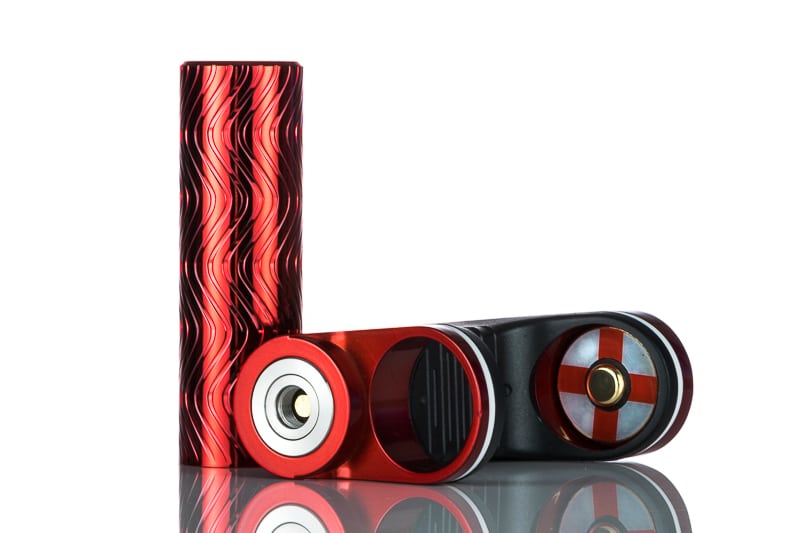 Testing on this mod was done with the included Avatar Controls 21700 battery. They list the specs at 100 watts, 9 volts, and, though not listed, 30 amps is programmed into the chip. With a 0.1 ohm coil, it only lets me set the watts as high as 90 due to that limit. The max achieved wattage during my testing was 105 watts, so it is accurately rated and capable of doing a little more than the 100 watts listed.

The amp limit I got was 29 amps, which is average for a single battery mod and close to the 30 amps programmed in the chip. The volt limit I got with a 0.46-ohm coil was 6.943, so in line with most single battery mods. It also confirms that it has a boost circuit, as it should. I would need to test with a coil of 0.81 ohms or higher to get the listed 9 volts. Reaching the listed limit seems plausible — It should be able to provide more than enough voltage for most vaper’s needs.

You can access the full 100 watts of the mod with coils as low as 0.13 ohms, and up to and probably a bit higher than 0.46 ohms. So a nice wide range to use the mod to its full potential. It does tend to read resistances a little on the low side by around 0.01 to 0.02 ohms. Pretty normal, but worth a mention. The mod never got hot during my testing. See the chart above for the full results.

I tested out temp mode with both resistance locked and without locking resistance. There was no consistency in the vape, so it was mostly a poor experience. On top of that, the Pico S didn’t let me use the fancy builds in TC. It kept kicking me out of temp control mode and back to power mode. It’s an easy fail for me when it comes to TC.

Overall, I found the Eleaf Pico S mod to be a solid mod to use in power mode. I really liked the small size and form factor, the fact it can handle 26.5 mm atomizers without overhang, and the battery options. I also liked the updates on the classic Pico look. I wouldn’t recommend it for temp control users, but outside of that, it’s a solid little mod that offers many battery options in a small package. What do you think of the Pico S? Let me know in the comment section.