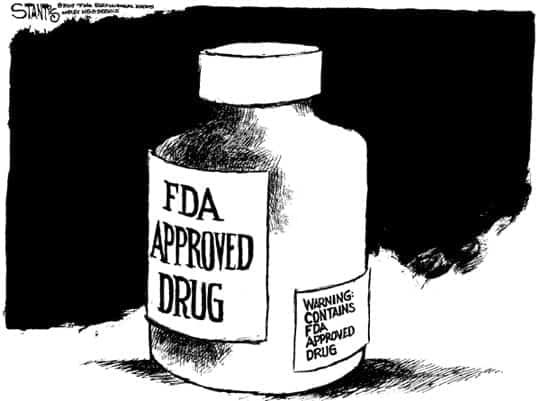 
Any time the media circus has been abuzz about cannabis as medicine, the stories have been rife with controversy, speculation, and criticism. Cannabis catches a mostly-bad rap in the traditional media sphere, especially when it comes to the field of medicine. The stigma of “weed” as a “drug,” in lay terms – as well as its Schedule-I classification – are largely thanks to a long and sordid history of prohibition and denigration by lobbyists and legislators. Between said stigma and the hippie movement of the 1960s – which itself perpetuated (if not enhanced) the image of the “herbalist” or “naturopath” as a dirty, pot-smoking vagrant – cannabis has not had great press throughout its very public life, in the US at least. But, cannabis is a complex plant with multiple useful components, when it’s not being co opted by head shops or misunderstood by lawmakers.

A common, often lauded byproduct of cannabis used in medicinal practices is cannabidiol (CBD). Companies that manufacture CBD products claim its efficacy against everything from sleep trouble to cancer. For years, however, legislators and private corporate bodies were more than skeptical of CBD’s capabilities. In the US, the FDA (Food and Drug Administration) has been a fervent watchdog over medicinal claims made by manufacturers of cannabis byproducts, such as CBD oils, gummies, and other items that often appear similar to the psychoactive versions of similar products.

Despite the stigma CBD has inherited from its psychoactive cousin component, tetrahydrocannabinol (THC), a UK-based pharmaceutical company has been working to overcome current perceptions of cannabis-based drugs and their viability in the drug market to combat certain rare forms of epilepsy. As a result, an oversight committee has reported to the FDA a supportive response to at least one CBD drug for specific epileptic conditions found mostly in young children.

Why GW Pharmaceuticals may get approved

London’s GW Pharmaceuticals and their US subsidiary, Greenwich Biosciences, have recently announced positive findings in a series of clinical trials from 2015-2017. The company tested their proprietary oral solution, Epidiolex, on patients with Lennox-Gastaut Syndrome (LGS) and Dravet Syndrome – two rare epileptic conditions affecting people from ages 2-55 years. GW is also undergoing clinical testing of their drug on patients with Tuberous Sclerosis Complex and Infantile Spasms. The biotech company and its subsidiary followed the required guidelines to ensure proper distillation of the drug’s active component (CBD), double-blind testing with placebo groups in all phases, and reported all results in the required formats and levels of detail demanded by the FDA.

GW’s drug manufacturing also follows the FDA’s required GMPs (Good Manufacturing Practices) for production to ensure their drug was of the necessary purity for consideration in the pharmaceutical market. GMPs are stringent requirements set by oversight committees and organizations, such as the FDA, to ensure proper precautions are taken and upheld during the manufacturing processes of a potentially marketable food or drug item within the United States.

The company’s clinical practices and multiple phases of rigorous testing earned them a recent unanimous approval from an advisory committee that specializes in assessing peripheral and central nervous system drugs, who reported their approval to the FDA. While not a binding decision, the committee’s approval will bear considerable weight when GW submits their New Drug Application (NDA) this summer. If approved, Epidiolex will offer sufferers of LGS and Dravet Syndrome a tested, stable form of oral treatment derived from cannabis, where existing synthetic anti-epileptic drugs (AEDs) and treatment methods are limited, expensive, or unreliable at best.

What does this drug treat?

Dravet Syndrome affects infants, having been formerly called Severe Myoclonic Epilepsy of Infancy (SMEI),  and is highly resistant to known current forms of treatment. Sufferers of Dravet Syndrome develop the epileptic condition within their first year of life. The effects often induce multiple other forms of seizures throughout their lives, to the point where Dravet Syndrome patients run a higher risk (15-20%) of sudden unexpected death in epilepsy than those with other forms of the epilepsy.

Like Dravet Syndrome, LGS occurs early in life, developing in children ages 3-5, predominantly. LGS patients only account for a single-digit percentage of epilepsy in children (2-5%), but produce some of the most violent and hardest to control of seizures. Treatment options for each condition currently include oral medications, intravenous injection treatments, various therapies to reduce seizures and seizure length, and for LGS even a complex brain surgery that separates the brain’s two halves. These treatments have had mixed results with patients, and are as varied/expensive as most medical options for sufferers of chronic, long-term, and deadly illness.

It is possible, then, that once GW Pharmaceutical/Greenwich Biosciences submits their NDA in June, we may see an official medical adoption of cannabis treatment for children and adults with these forms of epilepsy. Cannabis may be fast-tracked from the category of “alternative treatment options” to a full-fledged prescribed oral medication. The more the pharmaceutical and biotech industries consider, access, research, and disseminate their findings on the medicinal uses of cannabis, the sooner we can (hopefully) reverse the antiquated stigma surrounding the plant.

Is the US Navy About to Ban Vaping?