Hellvape is back with a new flavor-chasing RDA. Following on the heels of the Dead Rabbit and the Dead Rabbit SQ, Hellvape is taking this one in a new direction. The Anglo RDA, which seems to take its name from the angled airflow system it employs, is going to be designed by Dukun Vape, an Indonesian vape gear promoter. 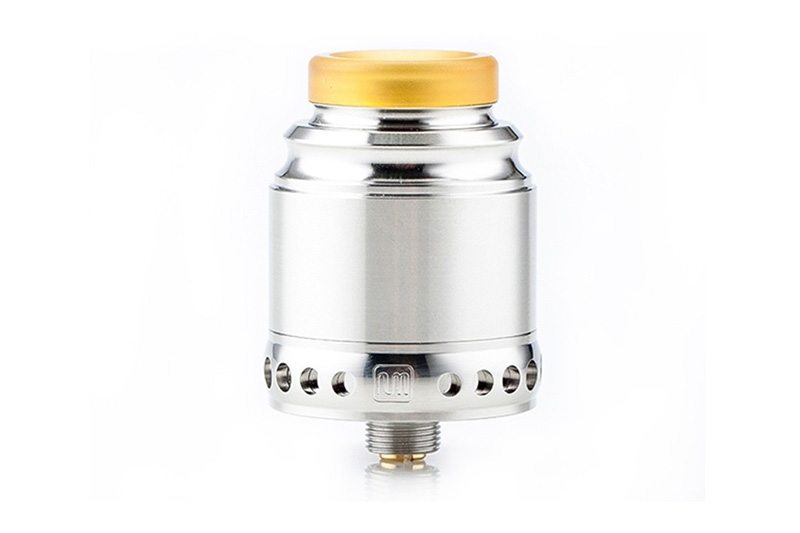 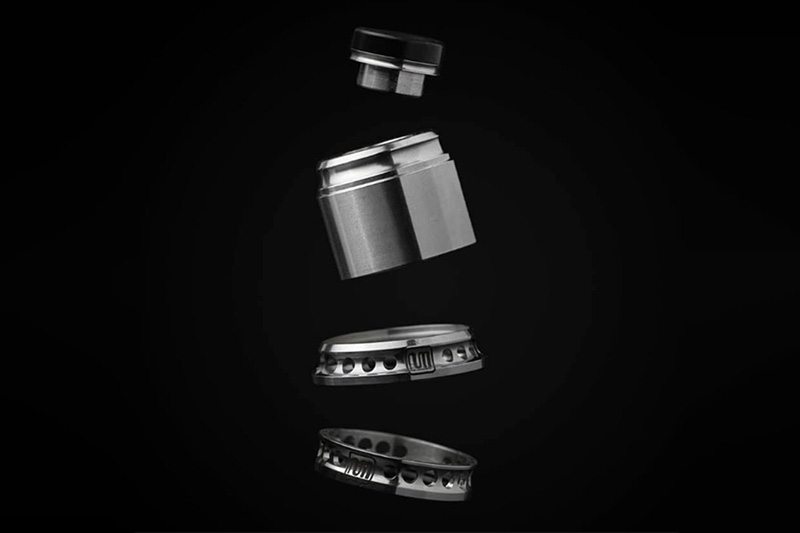 Not much is known about the Anglo RDA other than the feature list provided by Hellvape and a couple of pics that surfaced recently. One thing I can say is that the Anglo combines a very impressive-looking deck that brings high-end gear to mind, with an angled, slightly restrictive, and customizable airflow system that seems to be aimed at flavor chasers.

The build deck is large enough to accommodate exotic coils in single or dual configuration, and the side airflow is positioned under the coils, a tried-and-true method to maximize flavor. It also looks like an easy deck to build on, with two large opposing clamp-style posts secured by a couple of beefy flat head screws and two cutouts for your coiling tool on each side for easier coil placement.

The Anglo RDA has a high-end look, but will be going for around $40.

Another interesting feature that we don’t see every day is a removable 24 mm airflow ring which can be replaced by a 29 mm airflow/beauty ring. I don’t think I have ever seen a beauty ring of this diameter before but I bet it will be appreciated by vapers who enjoy using larger mods.

The date of release has not been announced yet, but the RDA has been made available for pre-order on some vendors’ websites for around $40. Even though there is limited information on the project, the high-end design of the Anglo along with its affordable price tag make Hellvape’s follow-up to the Dead Rabbit series seem like a very promising RDA.

What do you think? Will Anglo RDA be a worthy successor to the Dead Rabbit? Let us know in the comment section.