How to Invest in Vaping: Best E-Cigarette Stocks 2018

Home » Blog » How to Invest in Vaping: Best E-Cigarette Stocks 2018 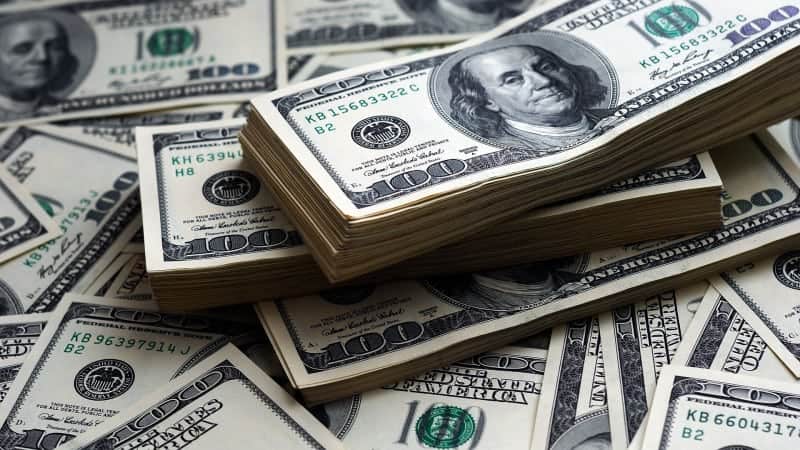 
The e-cigarette market is growing at a rapid rate. Current estimates are that the vape industry will be worth a staggering $50 billion by 2025. If you’re like most people, you’re looking for a way to make money off of this fast-moving trend. Like investing in anything else, buying stock in e-cigarette companies is very risky and you should do your own research before you invest.

Unsurprisingly, Big Tobacco companies are the most liquid publicly traded stocks in the e-cig space. These companies have been aggressively marketing their own e-cigarette offerings as well as buying up-and-coming competitors. In addition to their pure e-cigarette offerings, many of these companies are launching so-called heat-not-burn devices that heat up actual tobacco (as opposed to e-juice) without reaching the point of combustion. These devices haven’t received FDA approval yet, but they are extremely popular in the markets where they have been tested.

Phillip Morris International is one of the biggest tobacco manufacturers in the world. They own some of the most prominent brands, including Marlboro (outside of the US), Parliament, and Chesterfield.

Most importantly to people who are looking to profit off of the transition to smokeless devices, Phillip Morris is the leader in heat-not-burn development with their IQOS product. The IQOS heats tobacco to the point where it creates smoke but doesn’t burn, which they believe reduces many of the risks associated with cigarette smoke.

As of right now, the IQOS is undergoing the FDA approval process before it can be sold in the US. If it’s approved, it will be distributed by Altria Group due to a deal granting them exclusive domestic distribution rights. The IQOS has been a huge hit in the markets where it has been released, particularly in smoking-obsessed Japan. If the IQOS gains FDA approval, you can expect that the stock (PM) will skyrocket.

PMI’s CEO has gone on record as stating that they want to convert all of their customers to smoke-free alternatives such as the IQOS and the e-vapor products that they have in development. With that kind of commitment from up top,  Phillip Morris is sure to be a huge winner in the global shift away from combustible cigarettes.

Altria Group is a major player in the domestic US tobacco market. Rather than resting on their laurels and collecting fat profits from their large portfolio of cigarette brands, Altria has been aggressively going after the vaping market in a big way.

Their MarkTen line of e-cigarettes is one of the most popular cig-a-like devices on the market. Their distribution is top-notch, as anyone who has seen MarkTen at their local convenience store can attest.

As we’ve previously mentioned, the heat-not-burn segment is the next huge growth opportunity in the smoke-free market. Altria Group is poised to receive a windfall of cash if Phillip Morris International gains FDA approval for their IQOS device, since they have secured exclusive US distribution rights for the product.

Most importantly, they’ve also expanded into the vaping-hobbyist market with their purchase of a minority stake in Avail Vapor, a chain of vape shops.

Altria Group is well-positioned to dominate all aspects of the vaping industry. They are virtually dominating the cig-a-like market, and they are poised to dominate the American heat-not-burn market. Unlike other Big Tobacco companies, they are also profiting off the hobbyist market with their minority stake in Avail Vapor. The smoke-free alternative market is in turmoil, but no matter which type of product becomes the most popular, Altria Group wins.

British American Tobacco (BAT) is another one of the giants in the combustible cigarette market who is seeing the writing on the wall. They’ve aggressively marketed their e-cigarette brands in an attempt to gain control of the Reduced Risk Alternative market from their rivals.

BAT owns both the Vype and iFuse lines of electronic cigarettes. Both of these brands have a large percentage of market share, and we can expect British American to continue to grow their share of this rapidly growing market.

British American has not ceded control of the heat-not-burn market either. They’ve launched their own product, glo, which is giving the IQOS a run for its money in the markets where they are directly competing.

If you’re a huge believer in the potential of heat-not-burn devices, you owe it to yourself to take a position in British American Tobacco to help profit off of this booming trend before it gets FDA approval.

Imperial Brands was a little bit slower to get involved with the e-cig market than some of the other Big Tobacco companies. But they’ve recently made their presence known in a big way with their acquisition of blu e-cigs, one of the most popular cig-a-like and pod-based manufacturers out there.

This brand is not quite as popular as some of the other disposable e-cigs offered by other brands, but they still have a massive amount of name recognition and they are usually one of the first devices that new vapers turn to when they’re trying to wean themselves off of cigarettes.

Having some exposure to Imperial Brands in your e-cig portfolio is an absolute necessity.

If you’re looking for an opportunity to invest in companies that are exclusively dedicated to vaping, it’s going to be a tad bit more difficult. The majority of vaping companies are small and privately-owned, making it impossible to invest in them unless you have some serious connections.

But don’t worry, there are still a few ways to make money off of the e-cig market without exposing yourself to the old-school combustible cigarette business.

TPB owns the Stokers brand of smokeless products. They also have secured a lucrative strategic partnership with V2 electronic cigarettes, gaining the exclusive distribution rights for this wildly popular product. Unlike many other vaping companies, they also have a huge presence in the distribution side of the business with their acquisition of Vapor Beast, a hugely popular e-commerce vaping site.

E-commerce sites are decimating brick-and-mortar vape shops, so if you’re looking to profit off this growing trend Turning Point Brands is the best way to go.

Vape Holdings Inc (trading over-the-counter under ticker symbol VAPE) is a vape-only entity that is dedicated to the e-cigarette and legal cannabis market. They appear to be just starting up, since the only brand in their portfolio is Hive Ceramics. Hive Ceramics is a brand that

“manufactures and distributes a proprietary blend of ceramic elements for torched, electronic and portable vaporizers, as well as provides any type of custom design and collaboration work under the sun.”

At this time we don’t know if Vape Holdings has any other potential acquisitions in the pipeline, so this is an extremely risky investment even if you think that the vapor market is going to grow. If you’re looking for a longshot high-risk high-reward investment, this could be the stock for you.

What are the risks of buying e-cigarette stocks?

All investments are inherently risky, which is why they offer a return. In other words, there is an inverse relationship between risk and return. E-cigarette stocks are particularly risky for a variety of reasons, which also means that they have a really high potential return.

The first risk is the murky legal environment. At any point governments could decide to crack down on vaping and make it difficult or impossible for these companies to continue offering these products.

So far, all of the studies comparing vaping to smoking have been very favorable towards e-cigarettes, with most of the research indicating that they offer reduced risk compared to combustible products without being a gateway to smoking. However, if new research indicates that vaping is riskier than we currently think, that could seriously reduce sales of these products.

Investing in pure-play vaping companies provides additional risk. These companies are competing with huge multi-national tobacco corporations. As of right now, they are holding their own but with the amount of money and power that the big boys have it’s seemingly inevitable that the little guys will be pushed out. Of course you can mitigate this risk by also investing in the Big Tobacco companies, giving you upside no matter which type of company wins.

The post How to Invest in Vaping: Best E-Cigarette Stocks 2018 appeared first on VaporVanity.

PG vs. VG: Which Liquid Ratio is Best for My Vape?