The IJOY Avenger 270 is the first box mod equipped with voice control. To push the whole high-tech bit further, IJOY designed one of the color options to look like the Iron Man suit – hence its name “Avenger.” Aside from that, it’s basically the Captain PD270 and the Diamond 270. It’s another dual-20700 mod which seems to be the trend for IJOY lately. 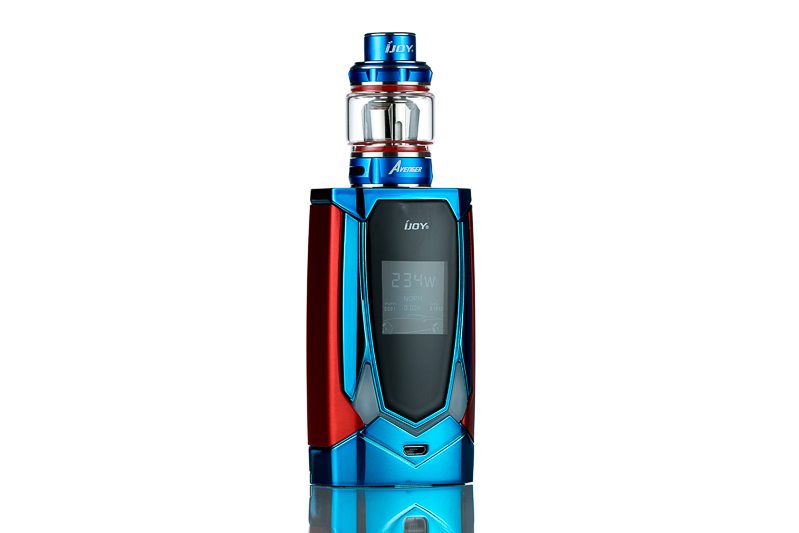 The mod is pretty impressive, and it really nails the whole Iron Man vibe. It’s has some weight to it and feels well built. The color screen is large and bright which makes it easy to read. The LED’s are bright and double as the adjustment buttons, and the side fire-bar is hidden in the symmetrical design.

The batteries fit in well and the battery door is easy to close with no play, but there’s a very slight gap, which is common for bottom loading doors. The up/down buttons have noticeable rattle when you hold it, but the fire bar is solid with no rattle and feels nice and clicky. 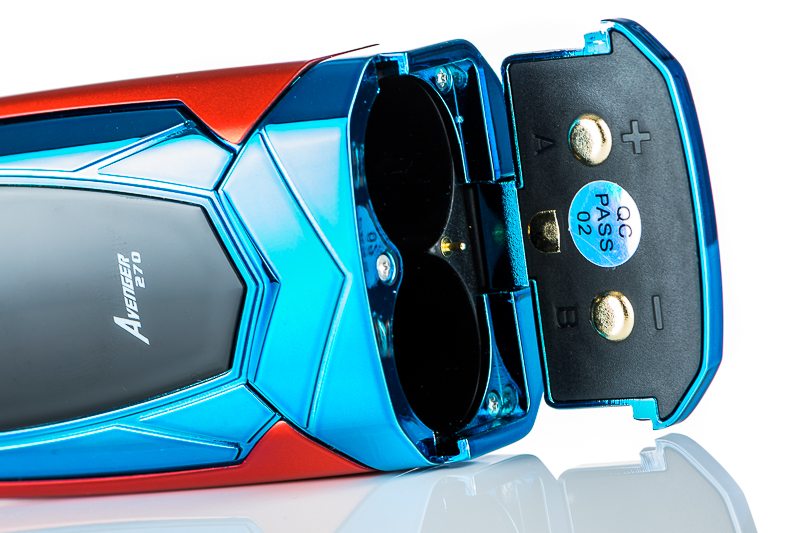 The IJOY Avenger 270 is packed with features, but its big claim to fame is being the first voice-controlled mod. I mean we have it on laptops, cell phones, home assistants, TV’s and, gaming consoles, so why not mods? I’m guessing that’s what IJOY was thinking. It’s not going to be as intuitive as you are used to with a Siri, Google Assistant, Alexa, or Cortana, but I found it works well for me.

Saying “Hello IJOY” turns on listening mode; then you’re able to give commands. I did find it somewhat useful for locking and unlocking the device but outside of that, it’s mostly a cool party trick. There are 13 total commands and you can turn off the voice commands in the menu as well.

There is only one theme so it doesn’t have customizable wall paper or anything. But the battery indicator on screen is pretty cool. It’s the silhouette of a race car where the dual battery status is displayed in the rims.

There are four pre-heat options: user, normal, soft, and hard. User mode lets you program the first three seconds of the puff in half second increments. There are also temperature control modes for SS, Ni, Ti, and two TCR memory modes. The LED’s are also programmable. There are four color choices, as well as an option to cycle the colors. There is also an option for them to be sound activated like a disco ball.

The mod features a centered 510 pin and can handle 30 mm atomizers without any overhang. It also comes with 18650 adapters, and the mod I received for review, came with a pair of five-leg IJOY 20700 batteries. 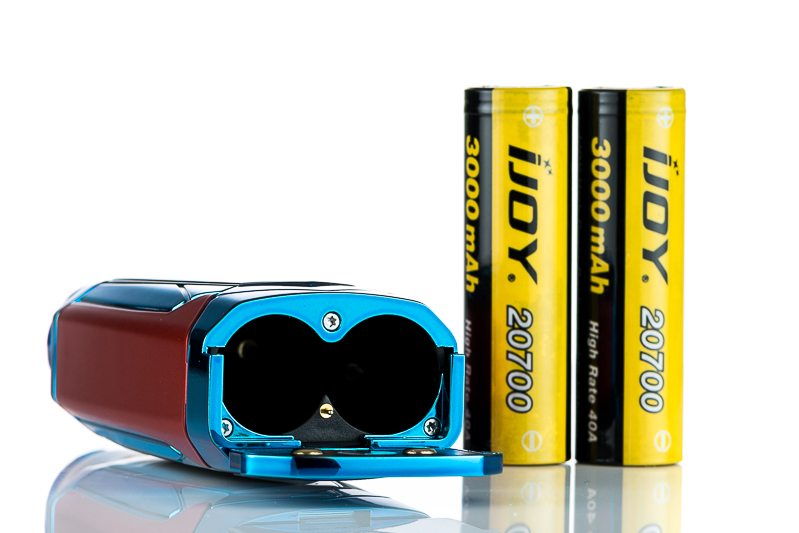 Testing for this mod was done with the included IJOY 20700 batteries. The only listed spec I could find on the mod is wattage which was listed at 234 watts max. During my testing the maximum wattage was 204 watts. So it does fall a little short of 234, but at least reaches over 200 so I can’t complain too much about it. I would have liked to see it do as well as the IJOY Diamond, which reached 232 watts.

The amperage limit I got was 41 amps, which is good for a dual-battery mod where the average is around 40, but dual-20700 mods are usually closer to 45 than 40. The voltage output limit I got with a 0.54-ohm coil was 6.73. That’s in line with most mods using these batteries, since they sag more than the Sony VTC5A I use in my dual-18650 mod testing. The voltage output shows there is no boost circuit in the mod. I’m hoping that soon boost circuits become standard, since some companies are already including them in dual-battery mods (Yihi, Vaporesso, Joyetech, Wismec, and Aspire, for example).

Overall the Avenger performed very well at 150 watts and below — usually on point or within a couple of watts of the settings. However, over 150 watts, the mod struggled. It’s not a good mod for usage over 150 watts, but under 150 it’s solid.

I also stress tested the mod to see how hot it gets. The mod itself doesn’t really heat up, except for the top plate which takes on a lot of heat from the atomizer. The mod does have protection to shut it down when it overheats. Also, the normal preheat option where I always run my tests functions more like a soft preheat as it hunts for about half a second before it dials in the correct power. Using a hard preheat works as it should however and works much better. I’d suggest using a hard preheat or the user preheat options. 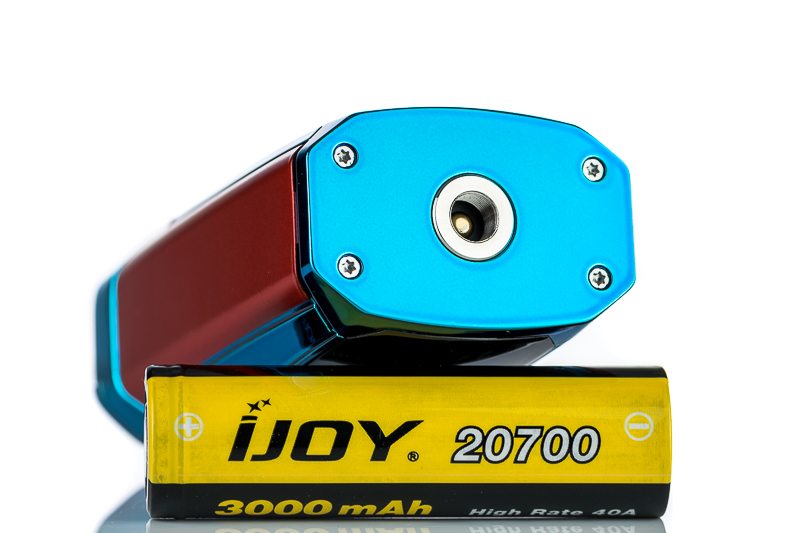 As for the performance, it’s all over the place! If someone was to try just one build on it, they could think it’s great or could think it’s terrible. Every atomizer I tried gave completely different results. There was no consistency in performance or settings at all. I have to give it a fail for temp control.

Overall, I found the IJOY Avenger 270 mod to be a solid mod to use — but only in power mode. I really like the large color screen, the fact it can handle 30 mm atomizers without overhang, and the sleek Iron Man-like design, which pleases the superhero geek in me. I wouldn’t at all recommend it for temp control users, but outside of that, it’s a solid mod.