Vapor is not blowing smoke

Vaping detractors are big on promoting doubt about e-cigarettes. While they’re unable to point to any definite risks of vaping, they’re quick to tell you that “we just can’t be sure,” or “we don’t have long-term studies.” And that’s true. The problem, of course, is that we do know about smoking’s dangers, and we know enough about the potential health risks of vaping to understand that it’s highly unlikely that e-cigarettes could be even remotely as dangerous.

However, one possible risk that’s often used as an example of how little we know — so-called secondhand vapor — is actually fairly well understood. Scientists who’ve taken a serious look at “environmental vapor” (that is, vapor exhaled by the vaper and then inhaled by bystanders) have come up with very little to wave their arms and scream about.

We know about secondhand smoke…sort of

Without going into the debate on this issue in detail, it appears that regular inhalation of secondhand cigarette smoke can be harmful. However, after a couple decades of studies that seemed to call out secondhand smoke for being just about as bad as the stuff smokers actually inhale directly, new information began casting doubt on the dangers.

Because frankly a lot of the evidence on secondhand smoke looks to have been ginned up by activists intent on banning smoking in all public places, including privately-owned establishments like bars and restaurants. A recent story by Jacob Grier specifically detailed how University of California-San Francisco cardiology prof-turned-anti-smoking zealot Stanton Glantz exaggerated the effects of a smoking ban on heart attacks caused by secondhand smoke in Helena, Montana (the so-called “Helena Miracle” study).

The Glantzes of the world call it “denormalization.” They can’t get enough of it.

Many of the secondhand smoke studies look a lot like some of the terrible vaping studies: thinly disguised calls for banning something the researchers (or their patrons) don’t like. “The strongest reason to avoid passive cigarette smoke is to change societal behavior: to not live in a society where smoking is a norm,” Northwestern University’s Dr. Jyoti Patel told Forbes. The Glantzes of the world call it “denormalization.” They can’t get enough of it.

Hey, I’m not here to defend smoking. It’s bad for you and I wish people wouldn’t do it. But it’s useful to note that the same people who claim secondhand smoke is a health crisis of gargantuan proportions are also involved in the fear mongering about so-called secondhand e-cig vapor — or, as they like to say to confuse the issue, “vape smoke” or “vapor smoke.” Because they fear that vaping will “renormalize” smoking.

Is secondhand vapor a risk to bystanders?

I’ll save you some trouble if you haven’t guessed already. The answer is no, there is no evidence at all that suggests any risk to bystanders from secondhand vapor, or aerosol, which is the technical description of what is inhaled and exhaled from an e-cigarette.

No legitimate scientist who’s looked at this has come up with anything concrete they can pin on vapor. Oh, there’s some mights and maybes, but there always are in science — and especially in this science.

Peering Through the Mist

The first and still best look at “passive vaping” was “Peering Through the Mist,” a systematic literature review by Drexel University’s Igor Burstyn. This study was actually crowd-funded by CASAA. Burstyn extracted over 9,000 observations on e-cig vapor from the literature using a PubMed search, and evaluated the findings.

He concluded that there was very little risk to vapers, but that the science on inhalation of PG or VG might change — or, more precisely, that risks from those products might emerge — and create some small future exposure risk. That’s for vapers though, not bystanders.

“Exposures of bystanders are likely to be orders of magnitude less, and thus pose no apparent concern.”

“Current state of knowledge about chemistry of liquids and aerosols associated with electronic cigarettes indicates that there is no evidence that vaping produces inhalable exposures to contaminants of the aerosol that would warrant health concerns by the standards that are used to ensure safety of workplaces,” Burstyn wrote. “However, the aerosol generated during vaping as a whole (contaminants plus declared ingredients) creates personal exposures that would justify surveillance of health among exposed persons in conjunction with investigation of means to keep any adverse health effects as low as reasonably achievable. Exposures of bystanders are likely to be orders of magnitude less, and thus pose no apparent concern.”

That last line is exactly what this article is concerned with. We can summarize his conclusion like this: there is very little for vapers themselves to worry about in vapor, and 10 times, 100 times, or maybe even 1,000 times less for people breathing passive secondhand vapor.

The Royal College of Physicians and Public Health England

The most famous review of available e-cigarette literature, “Nicotine Without Smoke” from the Royal College of Physicians, disposed of the secondhand vapor issue quickly. “Users of e-cigarettes exhale the vapour, which may therefore be inhaled by others, leading to passive exposure to nicotine. There is, so far, no direct evidence that such passive exposure is likely to cause significant harm, although one study has reported levels of polycyclic aromatic hydrocarbons that were outside defined safe-exposure limits. It is clear that passive exposure will vary according to fluid, device and the manner in which it is used. Nicotine from exhaled vapour can be deposited on surfaces, but at such low levels that there is no plausible mechanism by which such deposits could enter the body at doses that would cause physical harm.”

Despite what the paranoid proponents of denormalization say, there is no vape smoke.

Likewise, the first major report on vaping — “E-cigarettes: an evidence update,” commissioned by Public Health England — found no cause for alarm, and mainly considered the issue of passive nicotine exposure.

“Four studies examined nicotine exposure from passive vaping. [Long et al] measured nicotine content of EC [e-cigarette] exhalations,” they wrote. “EC exhalations contained eight times less nicotine than cigarette exhalations. Estimating environmental nicotine exposure, however, has to take into account the fact that side-stream smoke (ie the smoke from the lighted end of the cigarette, which is produced regardless of whether the smoker is puffing or not) accounts for some 85% of passive smoking and there is no side-stream EC vapour. A study measuring nicotine residue on surfaces in houses of smokers and vapers reported only negligible levels from vaping, 169 times lower than from smoking.”.

There have been several studies funded by manufacturers, like this one from Imperial Tobacco’s Fontem Ventures. The findings have shown that because e-cig vapor dissipates quickly, breathing it passively poses very little risk, if any.

In a study by the Spanish Council of Scientific Research, researchers compared cigarette smoke and e-cig vapor for 156 volatile organic compounds (VOC’s), and found nothing of concern. As Dr. Konstantinos Farsalinos wrote, “The results of the study basically showed that indoor air and normal exhaled breath contains more VOCs that the e-cigarette aerosol!”

In a 2013 study, a team of American and Polish scientists, including Maciej Goniewicz of the Roswell Park Cancer Institute, measured nicotine, aerosol particles, carbon monoxide, and VOC’s emitted by various e-cigarettes. They also found some passive exposure to nicotine — 10 times lower than from cigarette smoke — but nothing else to raise concern. “Using an e-cigarette in indoor environments may involuntarily expose nonusers to nicotine but not to toxic tobacco-specific combustion products,” they concluded. 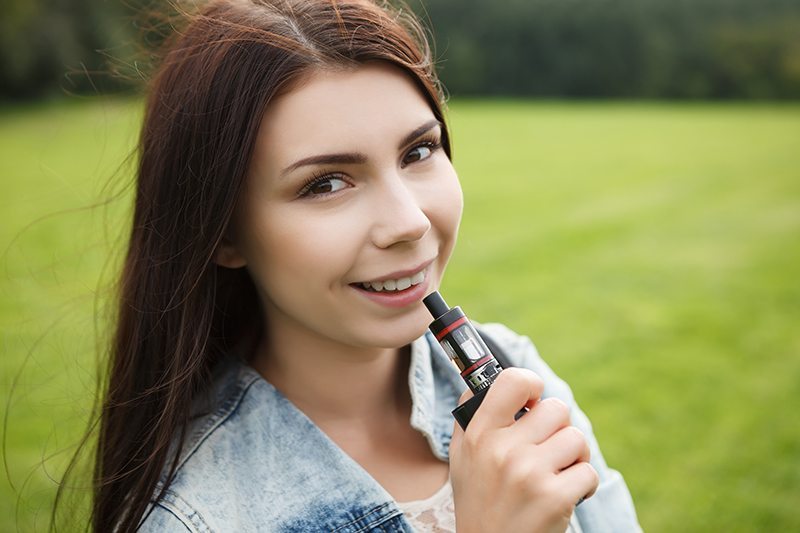 The bottom line is that scientists looking for things to worry about can’t find any. Does that mean vapers should flout social conventions and blow huge clouds everywhere they go? No. We should be courteous and respect non-vapers’ wishes to not breath our offensive fruit- and dessert-scented emissions.

But there is no proven health risk to secondhand vapor. Despite what the paranoid proponents of denormalization say, there is no vape smoke. That said, we still face adoption of laws that make it illegal for private businesses to allow vaping on their premises, which implies that there is some danger to secondhand e-cig vapor.

Public use laws need to be fought, because they contribute to the fear among smokers that vaping is not a safer alternative for lovers of nicotine. So, when you testify at your city council hearing, take the studies listed above and spread the word. Vaping is safer for smokers, and it’s far safer for those around us.