Justfog is relatively new to the pod vape game. They are based in South Korea and recently had a big hit with the Minifit. They just designed a new device called the C601 with a slightly larger form factor and a smooth rubber coating similar to the Kandypens Feather.

The C601 is a MTL pod mod and unique in that is has an integrated clip function that allows you to wear it on your clothing or attach it to a necklace. It runs on 1.7 mL cartridges powered by a 650 mAh battery. 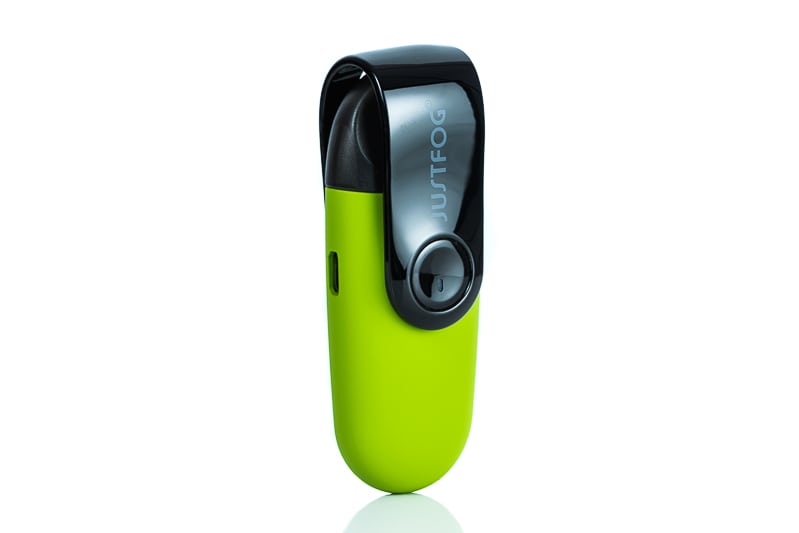 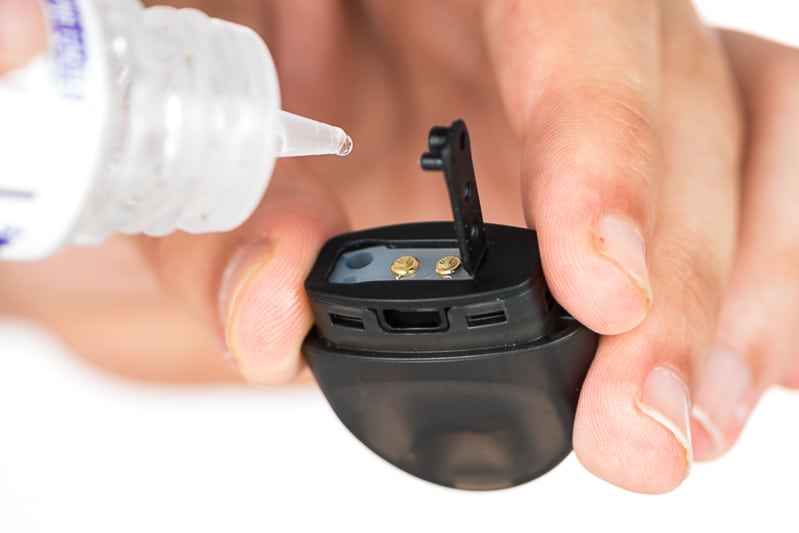 JustFog is calling this device “sporty”. I guess that’s because of the rubberized coating and the clip. It’s easy to hold onto and easy to keep up with. You don’t even need pockets to carry it. The clicky power button is integrated into the clip, which is a unique design choice. It is so subtle, that I actually missed it at first — I thought it was just a piece connecting the rotating clip to the battery housing. After reading the instructions, I realized it was a fire button and clicked it four times to turn it on. (Not five.)

The clip feels like it would take a lot of force to snap off. Another bonus with a built-in clip is that it protects the mouthpiece when not in use, but it can take some getting used to. To access the mouthpiece, you have to move the top of the clip down and to the side. But because the clip is non-removable and shorter in length, it won’t rotate completely around the battery. When in use, the clip sticks out toward the bottom of the battery at an angle. At first, it feels a bit odd to hold but it soon becomes normal.

Filling the pod requires a fine-tip bottle, or it will get a little messy. It uses a similar filling system to the Minifit and it’s designed for use with high-strength nic salts. I gave the cartridge a few minutes to sit and then got to work. It took a few puffs to get rid of the cotton taste, but that’s pretty standard. Once the cartridge was broken in, it was nothing but flavor using NKD 100 Lava Flow.

The battery lasted days before having to recharge

The C601’s 650 mAh battery is nearly twice the capacity of the Minifit. There’s an LED on the power button that functions as a battery life indicator. It’s white when fully charged, blue when it’s at 70-30% and red when it’s below 30%. The 1.6-ohm coils don’t demand a lot of power — the C601 puts out a straight 3.5 V for the entire duration of its life span for a consistent puff.

I was very impressed with the battery life I got out of the C601. The battery lasted days before having to recharge! As for the longevity of the coils, I got about 5 or 6 refills before the performance dropped off. I got a few bad hits, but it was perfect up until then. It still performs, just not as well as it did in the first 10 mL or so.

Overall, I’m glad Justfog gave me the opportunity to test out this new device. I gotta admit, I’ve been keeping it clipped on my pants pocket. It’s a simple feature but it’s quite useful. Other than that, the MTL draw is nice and the flavor and throat hit are notable. The extended battery life makes it that much more of a go-to device. I wish the coils in the pods lasted a little bit more, but this is the case with most refillable pod systems out there. Have you tried the Justfog? What do you think? Let us know in the comments section.