Nicotine: The Helpful Drug With the Bad Reputation

Home » Blog » Nicotine: The Helpful Drug With the Bad Reputation

Perhaps no commonly used drug is more misunderstood than nicotine. Because of its presence in tobacco, it’s effects are frequently confused with the effects and dangers of smoking. But the truth is that nicotine by itself, assuming a reasonable dose, is a largely benign — and even beneficial — substance. New nicotine studies are coming up with exciting applications for the oft-maligned drug.

If it weren’t typically being delivered in the unhealthiest way possible — in smoke produced by burning dead plant matter — it’s questionable whether anyone would pay much attention to such a lightweight stimulant. But because the most popular way of consuming it is in cigarettes, it will be forever tied to the damage they cause.

Confession time. Before I got involved with vaping, I honestly didn’t realize that nicotine was a mostly harmless drug. Like many (maybe even most) people, I thought nicotine bore some of the blame for the millions of premature deaths caused annually by cigarettes.

Nicotine has little to do with the cancers and respiratory damage seen in smokers, and it’s unlikely that nicotine by itself contributes to heart disease, though one known side effect is a temporary constriction of the blood vessels. The fact is, it’s the thousands of chemicals produced by lighting tobacco that are the guilty parties here, not the modest drug with the bad reputation.

Where does nicotine come from? 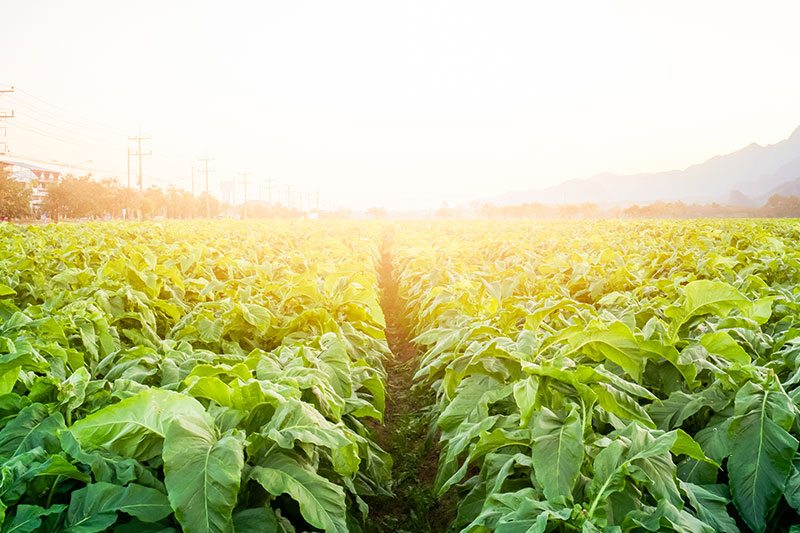 Nicotine is an alkaloid found in many plants from the nightshade family, which includes tobacco, eggplant, tomatoes, potatoes, and many others. However, only in tobacco is nicotine concentrated enough that it has a recognizable effect to the user. Ingesting enough tomatoes or aubergines to register on a nicotine test is probably impossible.

Because there’s more nicotine in tobacco than in any other plant, tobacco is the only source (so far anyway) for commercially extracted nicotine. When we speak of vaping nicotine, we’re almost exclusively talking about a product produced from Nicotiana rustica, a cousin of the commonly smoked species Nicotiana tabacum. Rustica produces a particularly rich haul of nic, and that’s what’s grown in (especially) China and India, and extracted for pharmaceutical products and e-liquid manufacture.

The effects of nicotine depend greatly on the method of delivery.

Nicotiana tabacum apparently tastes better to smoke and chew, but produces far less nicotine for extraction. Most of the varieties of American tobacco used for cigarette and pipe tobacco are breeds of the tabacum species. There are some other naturally occurring tobacco species, but they are rarely cultivated for commercial use.

There is now synthetic nicotine available, which some people believe could allow manufacturers to avoid the FDA’s deeming regulations, which are based on the Tobacco Control Act definition of a tobacco product as being “made or derived from tobacco.” That remains unclear though. We may not know how the FDA treats synthetic nicotine until they take action against the producers or sellers, and a court case ensues. As it stands, the FDA considers even vapes without nicotine to be tobacco products, because the same devices can be used to vape nicotine.

What does nicotine do for users?

Nicotine behaves as both a stimulant and a relaxant. According to the Therapeutics Initiative, “Nicotine is a powerful chemical that offers smokers pleasure and reward, focuses attention, suppresses hunger, calms stress, elevates mood, and relieves nicotine withdrawal.”

But all nicotine isn’t equal. The effects of nicotine depend greatly on the method of delivery. So does its potential to addict (see below). Inhaling smoke from a cigarette produces a rapid dose of nicotine to the brain — in as little as seven seconds. Smoking also delivers the highest peak blood-nicotine levels. Most nicotine users maintain a predictable range of nicotine in the system, and top it up as needed.

Nicotine users self-titrate. That is, they know from the effects they feel whether they’re consuming too little or too much of the drug. It’s easy to know when you’re getting too much from the side effects you feel, similar to caffeine use. Rapid heartbeat, headache, and nausea will result from getting too much, and the nic user simply slows down or stops till the level becomes comfortable again.

The biggest danger of vaping is open bottles of high-strength nicotine being left accessible to children.

There is little risk in overdosing on nicotine through the usual delivery mechanisms. No smoker or vaper should keep consuming nicotine after getting a headache or becoming nauseous. However, it is possible to overdose on nicotine by drinking a concentrated solution. The figure commonly quoted of 60 mg as a lethal dose comes from dubious 19th-century experiments, and has been largely debunked in recent nicotine studies. Prof. Bernd Mayer estimates 500 mg is a more likely quantity for an adult human.

That said, a much smaller dose could cause dangerous results for a child, as we described in a story last year. And in fact, in 2014 a child in New York state was killed by drinking from a bottle of powerful DIY nic (probably 100 mg/mL). The biggest danger of vaping is open bottles of high-strength nicotine being left accessible to children.

The question of nicotine addiction is almost hopelessly confused by the fact that most studies of nicotine dependence were for a long time studies of smokers. It’s a relatively recent thing that scientists have looked at how addictive nicotine is without the supercharged delivery of inhaled smoke.

Much of that research came after the introduction of nicotine replacement therapies (NRT) like the nicotine patch and gum, and later vaping. In fact, that research led the FDA to conclude that over-the-counter (OTC) nicotine products are probably not addictive at all. The agency notes on its website, “although any nicotine-containing product is potentially addictive, decades of research and use have shown that NRT products sold OTC do not appear to have significant potential for abuse or dependence.”

Other nicotine products deliver the drug with less of an addictive punch than cigarettes.

“People won’t smoke without nicotine in cigarettes, but they won’t take nicotine by itself,” says Dr. Paul Newhouse, a nicotine researcher at Vanderbilt University. “Nicotine is not reinforcing enough. That’s why FDA agreed nicotine could be sold over the counter. No one wants to take it because it’s not pleasant enough by itself.”

However, when nicotine is delivered in an ultra-rapid fashion — by smoking a cigarette — the reward to the brain is almost instantaneous, and the effect is undeniable for someone accustomed to it. And tobacco smoke has other constituents like MAOI’s that increase the smoker’s desire for more. Other nicotine products deliver the drug with less of an addictive punch than cigarettes. So when you hear someone claiming that “nicotine is more addictive than heroin,” you can be sure that (A) they’re wrong, and (B) they’re actually talking about smoking.

What are the side effects of nicotine? 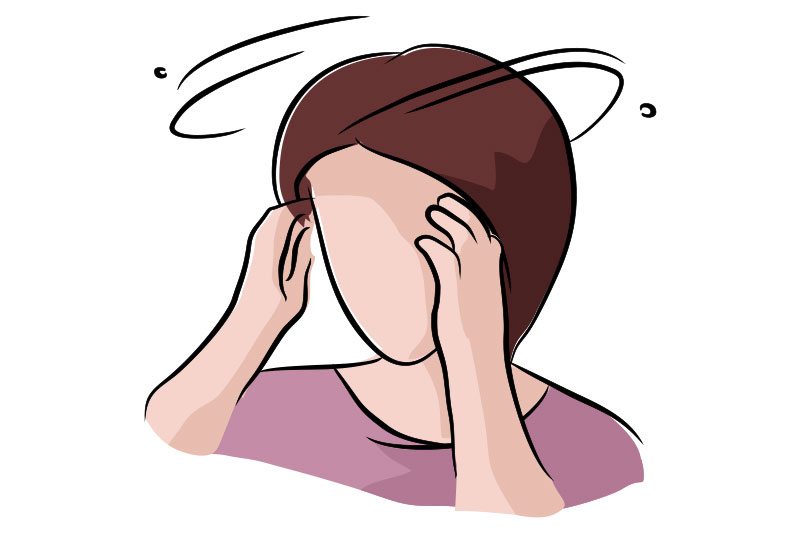 Nicotine causes a rise in heart rate and systolic blood pressure (because the heart pumps more blood), and it may cause vasoconstriction (a tightening of the blood vessels). According to Prof. Mayer, “These effects are mild and well tolerated.” And regular nic use seems to actually lower blood pressure.

As with every other nicotine-related topic, the cardiovascular effects of nicotine are hopelessly confused with those of smoking. Nicotine may have some small permanent effect on the blood vessels, but it’s more likely that the carbon monoxide in smoke — which prevents blood from carrying oxygen to the tissues of the body — causes the bulk of the damage. In fact, it’s possible that nicotine even promotes the growth of new blood vessels!

Nicotine’s side effects may prove valuable in treating a wide range of cognitive issues.

More interesting are the positive side effects of nicotine. It’s long been known from epidemiological studies that smokers show Parkinson’s and Alzheimer’s symptoms at a much lower rate than non-smokers. Now it appears that it’s likely that nicotine is the reason.

“There is substantial evidence that stimulation of nicotinic receptors in the brain improves cognitive performance, awareness and memory, “ writes Prof. Mayer. “Thus, synthetic nicotinic receptor agonists are potentially interesting drugs for the treatment of cognitive impairment and Alzheimer’s Disease.”

In fact, there have been several studies on nicotine’s effects on cognitive health, and more are in progress. In addition to Parkinson’s and Alzheimer’s, researchers are testing nicotine on ADHD and schizophrenia patients. Nicotine’s side effects may prove valuable in treating a wide range of cognitive issues. As the current wave of nicotine studies increase our knowledge of the benefits the drug may offer as a medicine, greater public acceptance for consumer use of nicotine may follow.

The post Nicotine: The Helpful Drug With the Bad Reputation appeared first on Vaping360.