The OBS Bat Mod is the first mod from atomizer manufacturer OBS, most well known for their Engine RTA. The Bat is a dual-18650 mod with a centered 510 pin that claims to have maximum 218-watt power output. It has customizable LED’s on the front, and in keeping with the superhero theme we’ve seen lately (like the Vaptio Wall Crawler), it boasts a Batman aesthetic, even showing a similar logo on power-up. 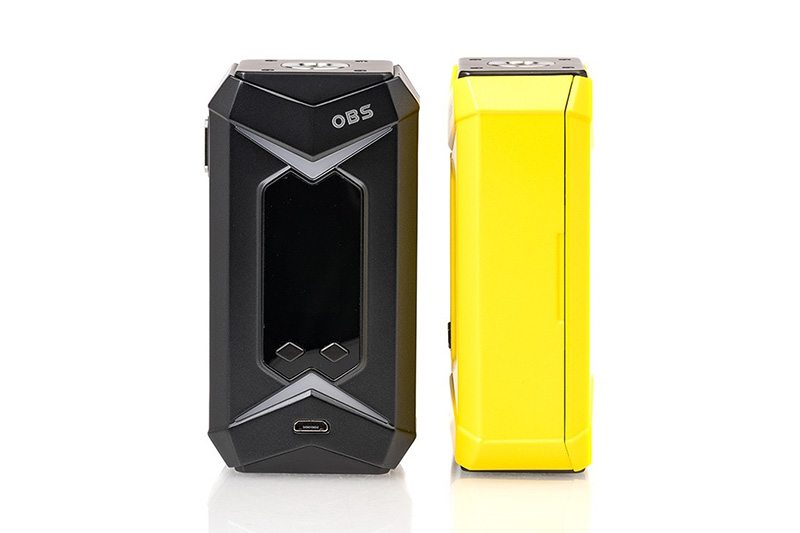 The Bat Mod is impressively solid and well-built — a little heavy, but not too heavy. The LED’s are two arrow-shaped cutouts that look like they’re pointing at the screen from above and below it. Of course, you can use the settings to turn them off if you want.

The mod itself is 32 mm at its widest point, but due to the design of the platform even a 28 mm atomizer overhangs ever so slightly (but still doesn’t look too bad). Anything under that won’t overhang. I would’ve preferred the ability to handle 30 mm atomizers without overhang.

This mod performs well! It’s usually within a few watts of the displayed settings. The output is always smooth and consistent. The mod never gets hot or warm in my stress testing.

The Bat is listed at 218 watts and 8.4 volts maximum output, but OBS doesn’t list a max amp output. In my testing, the watt output fell a little short at 207 but close enough to consider it accurately rated. It’s possible with a resistance between the 0.15 and 0.20 I tested that it could put out 218 watts.

The voltage output also fell a little short of the stated spec. Usually when mods list 8.4 as their max voltage it’s a theoretical number rather than a real one, because 8.4 is about the input voltage of fully charged batteries which also indicates that the mod has no boost circuit. Due to battery sag under load, no mod can put out full battery voltage without a boost circuit. Still I got 7.258 volts with a 0.5 ohm coil, which is right in line with most dual battery mods that don’t have boost circuits.

There is no TCR mode per se, but you can set TCR values after selecting your choice of Ni, Ti, or SS modes. I used SS316 wire with the default SS mode set to a TCR value of 00092. I tested six builds, ranging from single round round wire in spaced single and dual coils to fancy single- and dual-coil builds. Overall I was pretty impressed with the performance of this mod.

In 2017 we saw a lot of good temperature control mods that don’t cost an arm and a leg, and the OBS Bat is right there with them. It’s been smooth and consistent and has great ramp up. Even switching between builds I didn’t have to adjust any settings. Wattage can be set in TC mode all the way up to the full 218 watts. There is no limit on power in temp control. It throttles back nicely and is never “pulsey.”

The mod does tend to hit a little on the low side. I like a warm vape, and every build I’ve used has worked well in the 460-480° F range, so I recommend starting off around 430° F then working your way up until you get the vape you want. It has good dry hit protection under 500° F. Beyond that point, you might get a dry hit. I think most will find the vape they like in the 430-480° F range, which is pretty much the way it should be. Overall, I find the OBS Bat Mod to be a solid performer in temp control.

Features and other information 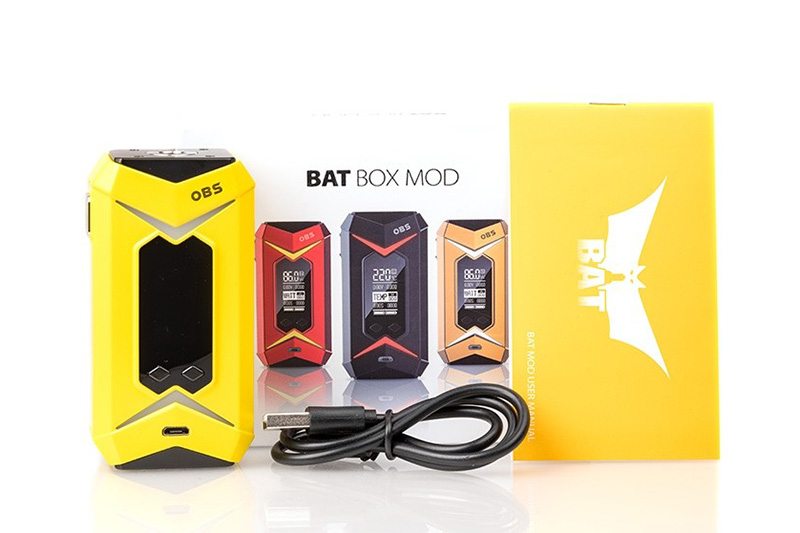 I’ve tested ten different atomizers on this mod with no issues at all. Pulling and wiggling the 510 connection causes no problems or drops in performance. The mod is solid with no button rattle at all. The fire button is large and clicky and has a nice texture — similar to the Vaporesso Switcher button’s texture. The screen is large and bright with all the info you’d want, including individual battery monitors.

The battery door is a standard magnetic back plate, and locks into place without any gaps. The battery tray allows for easy exchange of batteries and shouldn’t damage your battery wraps. The LED’s are programmable with different colors and options and can also be completely turned off.

How to use the mod 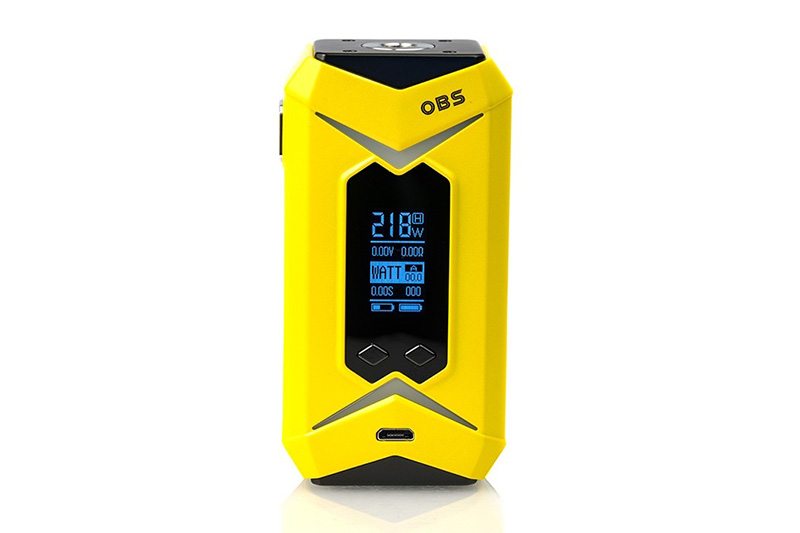 Anyone who has used a SMOK mod in the past will learn this one easily. Due to SMOK’s popularity, it’s no surprise OBS modeled the menu after theirs. It’s nearly identical to the SMOK Alien Mod.

Clicking five times locks and unlocks the device. Three clicks enters the menu. Once in the menu, you can click Fire or use the up and down buttons to scroll. To enter a sub menu, hold Fire. When you select power mode you have the option of a soft, normal, or hard preheat.

When you select Temperature mode you have to select wire type (Ni, Ti, or SS), then set your wattage, then set the TCR. Above 100 watts, the Bat adjusts in 1.0-watt increments. Below 100 watts, it has 0.1-watt increments. When you hit the maximum of minimum, it round robins back to the opposite end of the settings. The Bat is very straightforward and simple to use.

I lean toward recommending this mod. The Bat is an impressive first effort from OBS — probably a better mod than many of those made by bigger companies that have been turning out devices for years. Its pros definitely outweigh its cons. It’s essentially like a SMOK mod with good temperature control. And it’s solid! It really feels like it can take a beating.

What do you think? Have you tried the OBS Bat? Sound off in the comments.