The Sigelei Fuchai V3 is a stealth sized pod vape with a secret. I bought mine from VaporDNA and was expecting good things, but I didn’t read the specs well enough to know what it was hiding. At first glance it’s like most other refillable pod vapes until you snap the two-part pods together after a fill. That’s when it “clicks!” It’s actually not RE-fillable… it’s fillable. See the distinction? Like the Myjet that came out a while ago, this device is meant to only have its pods filled one time. It’s an open system until you close it. Ahem! 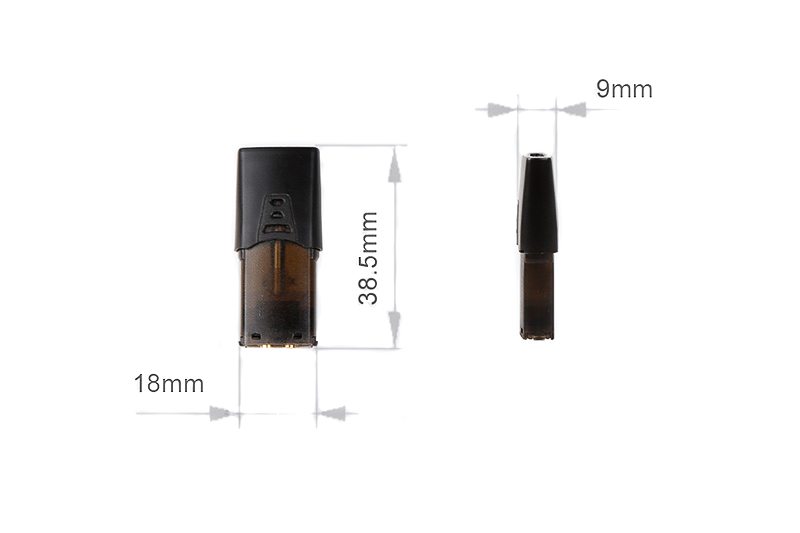 Locked into a system 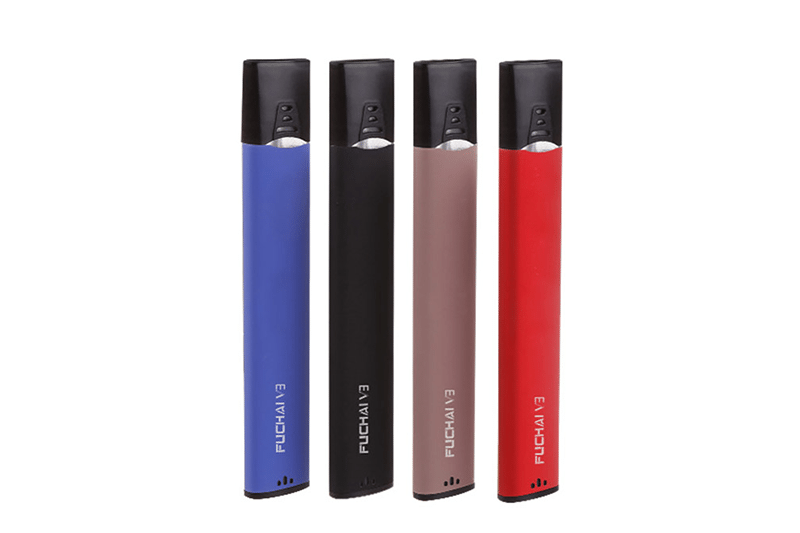 The Sigelei Fuchai V3 has a 400 mAh internal battery and it’s sold with 1 x 1.5 mL empty pod that has a 1.8-ohm coil resistance. It follows a similar flattened rectangular shape popularized by the JUUL, then with the Von Erl, MyJet, Bo Vape, etc. Out of those pods mods, as I said in the intro, it’s most like the Myjet since it has pods that are meant to be filled once. The pods come in two separate packages: one with the pod chamber and one with the atomizer base. Once the two main parts are snapped into place, getting them separated will require damaging the pod. There is a hack for it, basically doing the same thing as the Myjet hack, but this device is much less forgiving. I don’t recommend even trying to hack it. It will only lead to frustration and potentially a flooded battery.

The vape from the Fucahi V3 is good for MTL, similar to the tightness of the PHIX but even tighter. When hitting the Fuchai V3, my best advice is to draw slow and long. If you hit it quick and hard, like it was a DL device, it will barely make any vapor (not an exaggeration). And the power it puts out is too low or the coil is just too high of a resistance. It’s mostly a cool vape unless you take a long drag. Either way, this device is by no means a hard hitter. Luckily the Fuchai V3 has a 10-second cutoff. Sometimes I take mine practically to the cutoff just to get a warm and satisfying throat hit.

I think its made well and vapes okay… if you don’t mind long and slow draws.

I do like the build quality and feel of the Fuchai V3. It’s got a rubber coating, similar to the original Fuchai box mod. And the pods all fit snugly into the battery and click into place. I haven’t got any leaking (unless a hack went south), and there has been no gurgling, hot pops or spitback. Of the several pods I’ve tried, I have not had one bum coil — they all vaped the exact same. All in all, I think the Fucahi V3 is made well and vapes okay… if you don’t mind long and slow draws, and only getting 1.5 mL before needing to toss the pod.

The pods are relatively cheap at $5 for a two pack, but at only 1.5 mL, you will be paying north of $15 a week just to vape a whole pod per day. In my estimation, that defeats the purposes of using your own juice. And it’s not even a pass-thru battery! So if you’re looking for a solid-performing stealthy pod vape that can actually be RE-filled, I recommend checking out the Rofvape Warlock Peas instead of this. The Sigelei Fuchai V3 has too many quirks and let-downs for me to be able to recommend, although I will continue using mine until I run out of pods.