SRNT Rebuffs US Classification of Vapes as Tobacco Products 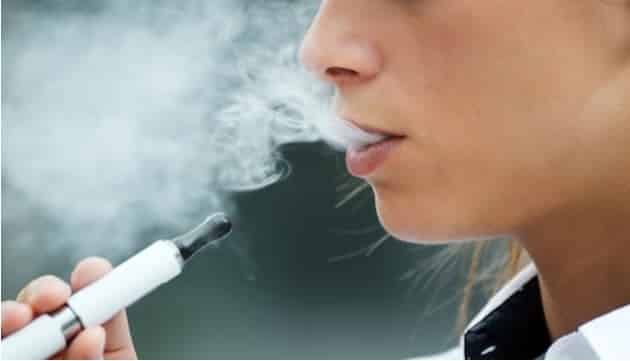 
Vaping has sustained economic growth and increased public endorsement over the last few years. Given the similarly increased scrutiny of leaf tobacco and combustible cigarettes, more folks than ever are looking to a nicotine alternative to help curb their former habit. Research efforts are ongoing to determine the efficacy of e-cigarettes as a viable smoking cessation tool. Continued study is also still being conducted to test the health hazards and potential long-term side effects of vape use compared with and separate from combustible cigarettes. The FDA’s decision to delay regulation on e-cigarette products like flavored nicotine juices has seen the vape industry boom with new product lines and celebrity endorsements.

The rise of the vape certainly doesn’t worry tobacco giants like Philip Morris International, who have made a statement describing their shift to a smokeless future. Their heat-not-burn products are being sold around the globe, and the tobacco giant has submitted FDA applications to sell the product in the US. Nicotine is, itself, a constituent of the tobacco plant, so even the vape industry requires the crop to stay economically viable. However, one seemingly basic concept to distinguish vaping from smoking remains contested in industry and research circles: What is a vape in relation to a cigarette? Is it a tobacco product, a nicotine product, or something different altogether?

A number of institutional bodies in the United States define e-cigarettes as tobacco products. The FDA, despite rolling back their regulation of flavored juices and other vape products, still classify e-cigarettes as tobacco products, which are under purview of the Center for Tobacco Products (CTP) within their administration. Insurance companies still qualify their insured as “tobacco users” if the insured uses a vape instead of smoking combustible cigarettes. It may be that, given the still relatively new nature of e-cigarettes and the special rise of their use among younger generations, companies and administrative bodies have yet to adapt to -or are otherwise waiting to see the result of- changes in smoking/vaping habits before modifying their positions.

Other legislative bodies across the US, however, push for clearer distinctions between cigarettes and vapes. Despite the rash of vape bans around the country, legislators in Alaska repealed a vaping ban from 2017 after reconsidering current research on the efficacy of vaping to help smokers quit. Increased studies are published than ever before adding to the body of work that supports vaping as significantly less harmful than cigarette smoking. To that end, more organizations are speaking out about the importance of clear and specific terms for the subject of vaping, outside the typical smoking lexicon.

Recently, Marcus Munafò, editor-in-chief of the international research and advocacy group, the Society for Research on Nicotine and Tobacco (SRNT), published an opinion piece to clarify the group’s stance on differentiation in language used to describe vape products.” Munafò exemplifies other nations’ legislative stances to enhance SRNT’s claim: “Some countries include e-cigarettes in tobacco product regulation, but others do not. This includes Canada, a near neighbor to the United States, for example. In Europe, although some elements of e-cigarette regulation are contained within the EU Tobacco Products Directive, the devices themselves are not referred to as tobacco products.” Munafò writes a frank and direct reason for the SRNT’s position: “As a scientific journal, definitions matter, and a legal ruling in a single country is not a sound basis for determining whether a certain definition is valid.” The editor-in-chief describes the decision as “motivated by a desire for clarity of expression that reflects our status as an international journal with contributions from many countries, each with their own legal and regulatory frameworks around tobacco and other nicotine-containing products.” SRNT, here, asks authors and readers to consider a global framework for considering what vapes are, instead of the limited scope of relegating vapes to the same space as cigarettes. Munafò acknowledges that research may yet be inconclusive on the value add of these devices to the 21-century smoker, or whatever new term will overtake that one, but he reinforces the publication’s international nature to highlight the need for more inclusive language to describe vape products, given disparate regulation and cultural views between countries.

SRNT’s editorial, Alaska’s ban repeal (despite the growing number of vaping bans across the US), and the tobacco industry’s hope for a smokeless future contribute to an important conversation. Defining and evaluating terms are fundamental to our understanding of something. To continue to equate vaping to smoking in our everyday language use is to only see vaping in one way. Vaping as smoking is a western perspective, specifically an United States perspective, tied closely to FDA terminology and marketing/labeling requirements in American advertising. We should begin to consider a broader perspective on what vaping is and does for a global people, as further study is conducted and better understanding is achieved the world over. Then, perhaps, we will have better terms for our smokeless future.

The post SRNT Rebuffs US Classification of Vapes as Tobacco Products appeared first on VaporVanity.

Another Mechanical Mod Explosion: Man Injured When a “Pharaoh” Mod Blows Up in His Hand

Do YOU Vape in Non-Smoking Zones? Should You?

What to Do When You Can’t Vape?