The new Vandy Vape Revolver is an intriguing RTA. It has a spinning barrel airflow system inspired by the revolver handgun. With three distinct airflow patterns to scroll through, the Revolver RTA promises three experiences beyond the typical more-or-less airflow adjustments. Spinning its barrel will let you modify the airflow on the inside of the deck instead of the outside, essentially choosing how the air will be hitting your coil.

The Revolver is a 25 mm diameter single-coil RTA and will hold 3 mL of e-liquid, expandable to 5 mL with the use of the included bubble glass. The TPD edition will come with the usual silicon insert, limiting its capacity to 2 mL – until you remove it that is. 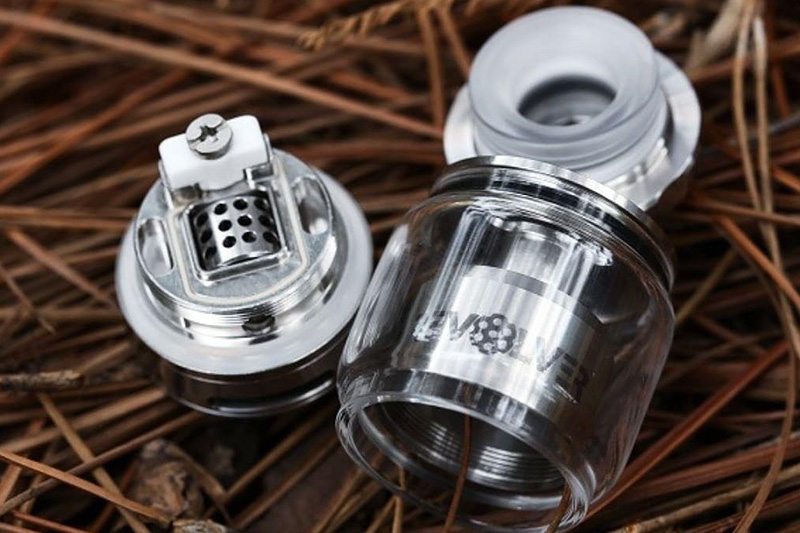 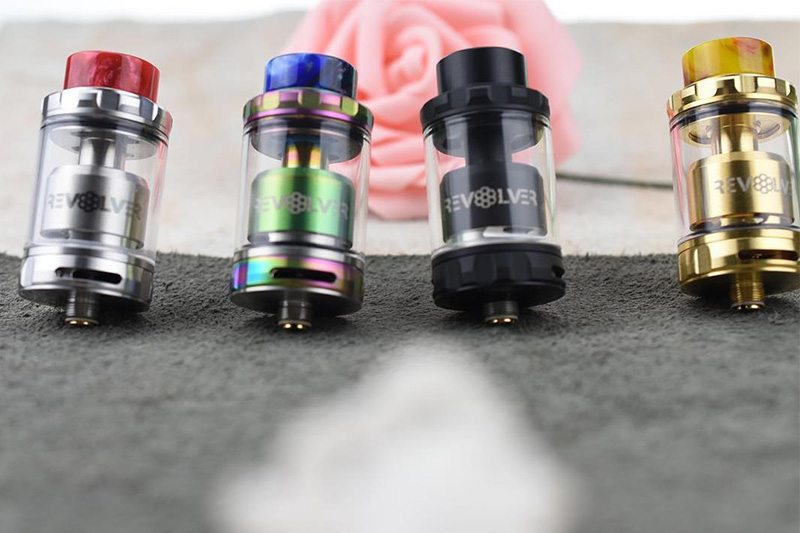 Another week, another Vandy Vape product. The Chinese company has been killing it lately, implementing one innovative idea after another. This time it is on-deck airflow adjustability, a feature I can’t remember ever seeing without the use of airflow inserts.

A revolving flat-head screw placed on the opposite side of the build post will let you scroll through three airflow options. The first option has two wide slots that follow the orientation of the coil, the second option has three smaller vertical slots, and the third one is a honeycomb airflow with 12 tiny holes. The barrel airflow of the Revolver will not be adjustable once everything is put together as the screw is placed on the outside of the build deck and is partially covered by the chamber – so we will have to settle for “boring” airflow ring adjustments between refills.

The Revolver should be available around May 20

The deck features a white wire-trapping block, similar to the one we recently saw in the Blitz Ghoul RDA. The Ghoul’s block is ceramic but there is no information currently on the material of the Revolver’s block – though I’ll bet this one is ceramic too. Οutside of the build deck and the novel airflow system, the exterior design of the Revolver reminds me a lot of the Kylin Mini – and that’s a good thing! Unfortunately, while it is going to be 5 mm taller than the Kylin Mini, this will not translate into larger capacity due to the slightly taller build deck.

The Revolver should be available around May 20. Of course, it will come with the usual affordable Vandy Vape price. What do you think? Can the Revolver’s airflow barrel start a new trend? Let us know in the comment section below.