Vaping Without Nicotine: Who’s Doing It?

Vaping is vaping, whether you’re doing it with or without nicotine. In fact, one of the most important things about vaping has always been the vaper’s ability to precisely control their nicotine. If you’re smoking cigarettes, the only way to reduce the nicotine is to smoke less.

But because you can get e-liquid in every nicotine level, you can vape just a little and get a big dose of nic, or vape a lot with no nicotine at all — and everything in between. For some vapers, they’re happy using a lot of nicotine, like they did with smoking. For others, reducing nic is important.

When I started vaping in 2012, I had the idea almost immediately of reducing my nicotine intake and just enjoying the flavor. What could be better after 38 years of Camels, I thought, than to kick back with a relaxing zero-nicotine vape while being free of the chains of addiction. Goodbye, demon nicotine!

We know that smoking addiction is more than just the nic.

But it wasn’t to be. For me, the nic was a crucial element of vaping success. I needed to feel the vapor when I inhaled it, and without nicotine, there was no feeling at all. Close your eyes and no-nicotine vaping is the same as breathing clean air. The horror! I needed nic’s scratchy kiss to enjoy vaping. And almost five years later, I still do.

I’m not alone either. It seems that the vast majority of vapers like nicotine and stick with it, though in lower and lower concentrations as the gear we vape with gets more powerful and efficient. That’s not to say that non-nicotine vaping isn’t a thing; it’s just not a huge thing compared to the traditional way we vape.

After all, most vapers were smokers (or still are). A big part of smoking is the nicotine. Why vaping seems to work better than pharmaceutical nicotine products to quit cigarettes is that in addition to the nic, it gives us a good simulation of the act of smoking. If you’re a typical vaper, you inhale, you exhale, you watch the vapor drift through the air…and you probably also enjoy the effects of nicotine.

Has vaping caused an epidemic of teen nicotine use?

The regular accusation is that vaping is causing a resurgence of teen nicotine addiction. In his foreword to the Surgeon General’s report, “E-Cigarette Use Among Youth and Young Adults,” former chief of the Centers for Disease Control and Prevention (CDC) Tom Frieden laid out the supposed fear. “E-cigarettes are tobacco products that deliver nicotine,” wrote Frieden. “Nicotine is a highly addictive substance, and many of today’s youth who are using e-cigarettes could become tomorrow’s cigarette smokers.”

Is that a legitimate fear? We have good information on teen nicotine use from data gathered in the annual Monitoring the Future (MTF) survey, conducted by the University of Michigan for the National Institute on Drug Abuse (NIDA). The MTF questionnaire has asked teens twice now if they use nicotine when they vape.

Whipping up fear about nicotine addiction is big business.

Last December’s MTF data showed fewer than one in four 12th grade vapers reported using nicotine. If you think that was a fluke, remember that the previous year’s survey showed almost exactly the same result.

If just 25 percent of the high school seniors who vape are using nicotine, vaping is going to make a really rotten tool for big tobacco to “recruit a new generation of addicts,” as the anti-vaping zealots always say. But they keep saying it anyway. Don’t expect to see any letup in studies that purport to show a gateway from vaping to smoking — or news stories giving their authors the desired publicity. Whipping up fear about nicotine addiction is big business.

Could vaping itself just be…a fad?! 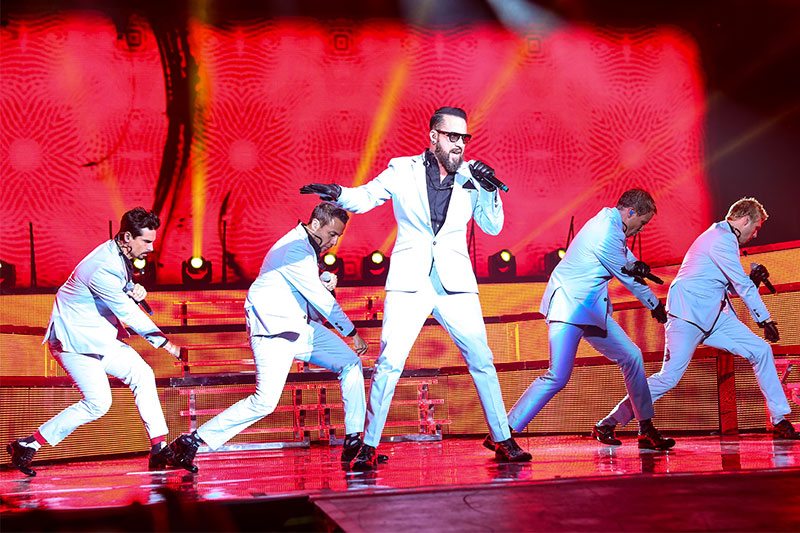 Nobody talks much about the nicotine-free vaping teenagers, because the story just doesn’t line up with the agenda the anti-nic activists want to push. If 75 percent of vaping teens aren’t using the “addictive drug” they claim to fear, then what’s the story?

Probably the story is that for many teenagers, vaping is just a fad. Like hula hoops, break dancing, bell bottom pants and the Backstreet Boys, vaping is just taking its lap in the here-today-gone-tomorrow teen trend pool. That fits with the data we have, which show that after a meteoric rise in teen vaping, it’s actually been declining for the last couple years. And that’s fine. Teen smoking is declining too, and that’s what really matters.

Next time someone brags how they’ve stepped down their nic, make them do the math.

It’d probably be smarter for the hyped-up haters of vaping to just quit making such a big deal of teen vaping. Kids probably will keep stubbornly doing it as long as our enemies continue to work so hard painting it as a big taboo. The FDA finally made it official by basing their slow-motion destruction of the vapor industry on the supposed danger of teen nicotine uptake.

Another indication that it’s a high school fad (or was) is the number of Google searches for the question, “Is vaping without nicotine bad for you?” Those are people wanting to try vaping who are worried about the health risks. If you got to this article with that search, the quick answer is no…probably. No-nicotine vaping probably isn’t dangerous — but vaping with nicotine likely isn’t bad for you either, at least for non-pregnant adults without heart disease.

Blowing the clouds, doing the tricks 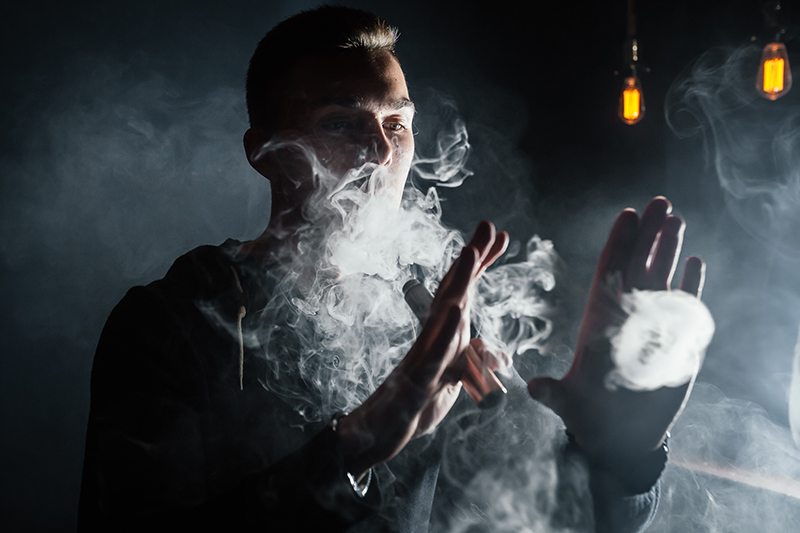 Aside from trend-seeking teens, who are the other big consumers of nicotine free e-juice? You know who they are: the vape tricksters and cloud chasers. For obvious reasons, cloud blowers and tricksters require nothing more than VG to create their room-filling billows. They’d be spending half their lives lying on a couch if they were doing those big pulls all day on live e-juice, so many vape performers avoid nic.

But most vapers are using nicotine. That’s because, despite what the public health drones tell each other, the vast majority of vapers are current or ex-smokers. Most of us want nicotine. A quick and unscientific poll of e-liquid sellers tells the story: five percent or less of my correspondents’ sales comes from zero-nicotine vape juice. Some said one to two percent. It’s a very niche market.

How low can you go? 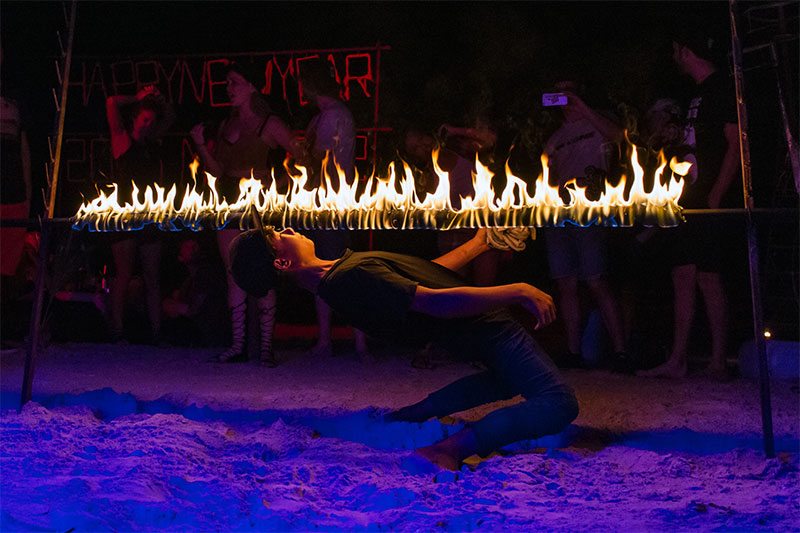 However, the nic that most people are vaping now is less concentrated. For the same reason cloud competitions and vape tricking are popular these days, vapers are buying e-liquid with less nic. According to one vape shop owner, the average nic level in the e-juice he sells has gone from 12 mg to 3 mg in just the last two years.

That’s because sub-ohm tanks have made it easy for lots of vapers to blow some clouds of their own. Before 2014, you had to build your own coils to produce those cumulus-style plumes. Once the Atlantis and its followers came along, every vaper could fog up a room. And that changed a lot of traditional mouth-to-lung vapers into volumizers. That big airflow and those chunky coils suck up the liquid. You just can’t direct-lung inhale with high nic; you’d get way too much of it.

We know that smoking addiction is more than just the nic.

So the nic levels dropped with the easy availability of cloud-producing gear. That doesn’t mean vapers are getting less nicotine though. If you used to vape 3 mL a day of 18 mg/mL liquid, and now you vape 18 mL of 3 mg/mL juice, have you reduced your nic? Nope, it’s the same quantity of nicotine. Next time someone brags how they’ve stepped down their nic, make them do the math. They might be wrong.

There are lots of vapers who’ve seriously reduced their nicotine intake though. Many do it intentionally, by gradually stepping down their nic levels in their juice till it reaches zero. There are others that reduce their nic over time just because they lose interest in the effects.

We know that smoking addiction is more than just the nic. Burning tobacco has monoamine oxidase inhibitors (MAOI’s) that combine with nicotine to create the powerful sense of reward our brains get when we light a cigarette. And the tobacco companies often add ammonia, which allegedly speeds the nicotine into the bloodstream. Vaping has no MAOI’s and no ammonia, which may mean that the nicotine’s addictive hold on ex-smoking vapers declines over time. Current scientific consensus says that nic without smoke is probably just not very addictive.

We at Vaping360 are really curious about our readers’ nicotine use. If you vape no-nic e-juice, tell us your story in the comments section. How did you get there? What did you start at? Are you a cloud chaser? Can you just enjoy the flavors with no nicotine, or do you crave that big thump in your throat, as our editor-in-chief says before he picks up a bottle of 24 mg juice for another couple drops in his atty.

The post Vaping Without Nicotine: Who’s Doing It? appeared first on Vaping360.