What is Vaping: Answers You Need to Know

Home » Blog » What is Vaping: Answers You Need to Know

Introduction: What is vaping?

What is vaping? Vaping is the act of inhaling vapor produced by any kind of e-cigarette or personal vaporizer. E-cigarettes are portable battery-powered devices that heat a coil housed in an atomizer that transforms “e-liquid” (or e-juice) into vapor. The e-liquid is a mixture of propylene glycol and vegetable glycerine, usually with water-soluble food flavorings. Nicotine is optional and customizable.

Vaping’s a hot topic these days. There’s no wonder why people want to know what it is. It has ignited one of the biggest debates in public health history, and has found its way into just about every newspaper and TV news show. There are at least 10 million Americans who vape currently, and more than two million of them no longer smoke cigarettes at all. Worldwide the number is harder to be sure about, but there are likely to be 30 million or more vapers, many of which stopped smoking because of it.

As the popularity of vaping has skyrocketed, smoking has declined more quickly than anyone could have imagined.

Who is vaping for?

Most vapers are former or current smokers — some are still trying to quit, and others use e-cigarettes to get the nicotine they like when it’s inconvenient to smoke. There are some vapers who have never smoked, but they represent a tiny percentage of the vaping population.

We know from survey data that as vaping has grown in recent years, smoking has declined to record lows. And despite the claims that vaping is a gateway to smoking for teens, youth smoking rates have fallen even more rapidly than adult rates since the advent of vaping.

Dr. Michael Siegel, a professor at Boston University, says that “as vaping has become more popular among youth, it has displaced cigarette smoking and contributed towards the de-normalization of cigarette smoking.”

But no one is suggesting that kids should take up vaping! The fact is the vast majority of teenagers who use e-cigarettes are already smokers or have quit smoking. Among regular teen vapers, fewer than one percent are never-smokers.

When you see a story about teen vaping, look closely to see if the authors are measuring “ever use” or “last 30-day use.” Surveying teens about something they may have done once in the last 30 days, or once in their lives, doesn’t tell us anything about their regular habits. Teenagers experiment with things. They always have, and they always will. But the number of under-18’s who vape regularly is small indeed. 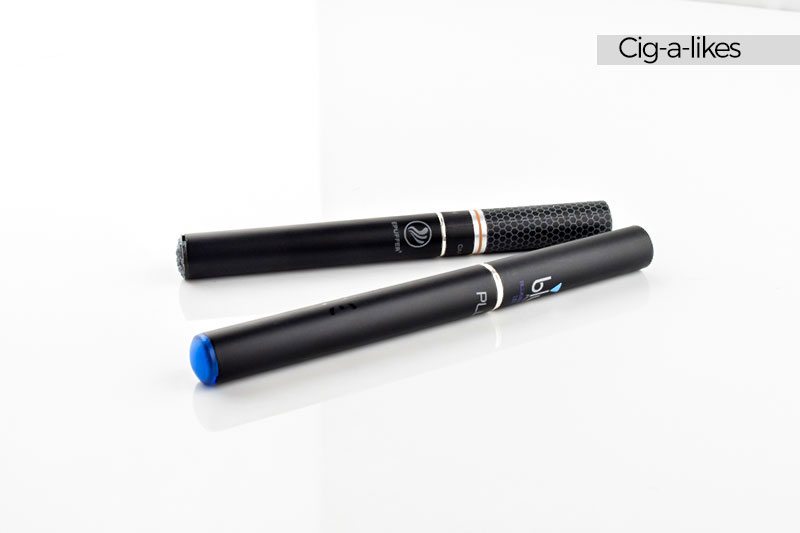 Some vapor products look like cigarettes (usually called “cigalikes”), and some are larger. Many people choose a cigalike first because they’re often found in the same stores where cigarettes are sold, they look familiar, and they have a fairly low initial cost.

The term electronic cigarette (or e-cigarette, or e-cig) doesn’t necessarily refer specifically to the small cigalikes, although some people use it that way. E-cigarette can refer to any vaping device. Other common names are personal vaporizer (sometimes shortened to PV), vape, or mod. The term mod originates from the early users who modified their primitive e-cigs to work better, or modifed other products (like flashlights and laser pointers) to work as vapes. Big or small, disposable or refillable, e-cigarettes do essentially the same thing.

Vaping means different things to different people. For smokers who have spent years desperately trying to find a way to quit cigarettes, becoming a vaper (one who vapes) can be a life-improving or even life-saving miracle. For some in public health — especially those vocal opponents of vaping in the tobacco control field — e-cigs are a threat to the status quo. For them, enjoying nicotine without health consequences (i.e. smoking) doesn’t fit neatly into their campaigns against the misunderstood alkaloid.

Vaping vs. smoking: it’s no contest

Despite how vaping may look to non-smokers, smoking and vaping are vastly different. When you smoke a cigarette, you’re lighting dead plant material on fire and inhaling the smoke. Breathing smoke — any kind of smoke — is dangerous.

The products of combustion are devastating to the lungs and cardiovascular system. Thousands of chemicals and compounds are inhaled, including more than 70 that are known carcinogens. In addition to cancer risk, smoking can cause massive damage to the heart and circulatory system, leading to heart disease, and possibly causing heart attack and stroke. There is also damage to the lungs, which can cause emphysema and chronic bronchitis.

There may be some risks from vaping (which we have looked at in more detail before), but so far no evidence of serious health danger has emerged. Studying all the available scientific literature on vaping, the Royal College of Physicians concluded in 2016 that vaping is “unlikely to exceed 5% of the harm from smoking tobacco.”

Most of the debate over vaping is rooted in a simple disagreement. Should we judge vaping by its unproven risks, or by its proven benefits? American public health officials are prone to looking at absolute risk as the yardstick. They’re worried there might be some health risk that will appear out of nowhere. British health groups, on the other hand, support the idea of harm reduction — offering users of dangerous products safer (but not necessarily absolutely safe) choices like nicotine replacement therapy.

About half of long-term smokers die prematurely from using cigarettes. The World Health Organization estimates that a billion people will die from smoking this century. Reducing or eliminating the damage caused by burning tobacco would not only save many lives, it would also allow billions of dollars that are now spent treating preventable smoking diseases to be directed elsewhere. Reducing smoking would save money as well as lives.

How did vaping start? 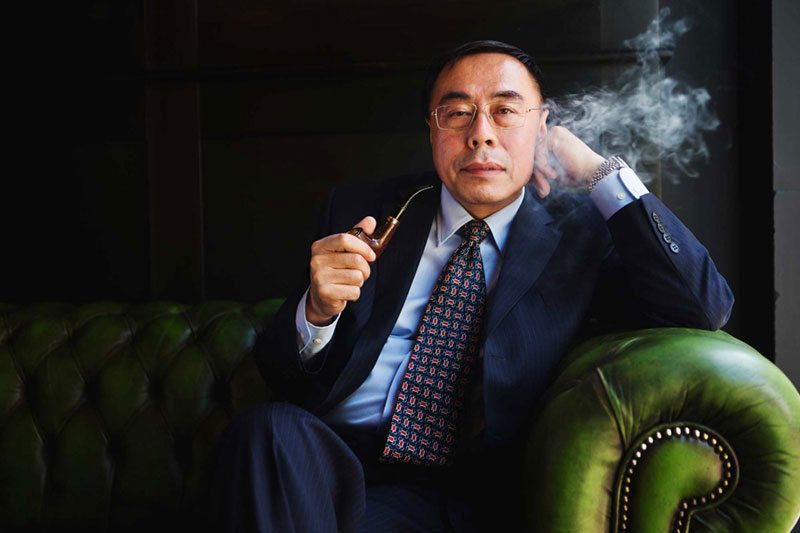 In 2003, a Chinese pharmacist named Hon Lik developed a device to allow smokers to have a “smoking” experience without actually inhaling combusted tobacco. Hon’s father had died from lung cancer and he himself was a smoker who wanted to quit. He patented his device and the company he worked for changed its name to Ruyan (meaning “like smoke”).

There had been previous stabs at developing a “smokeless cigarette” by other inventors and even by tobacco companies, but for various reasons no one got as far as actually making and selling a commercial product. After Hon Lik launched the Ruyan device, it was about three years before e-cigarettes made their way to Europe and the United States. 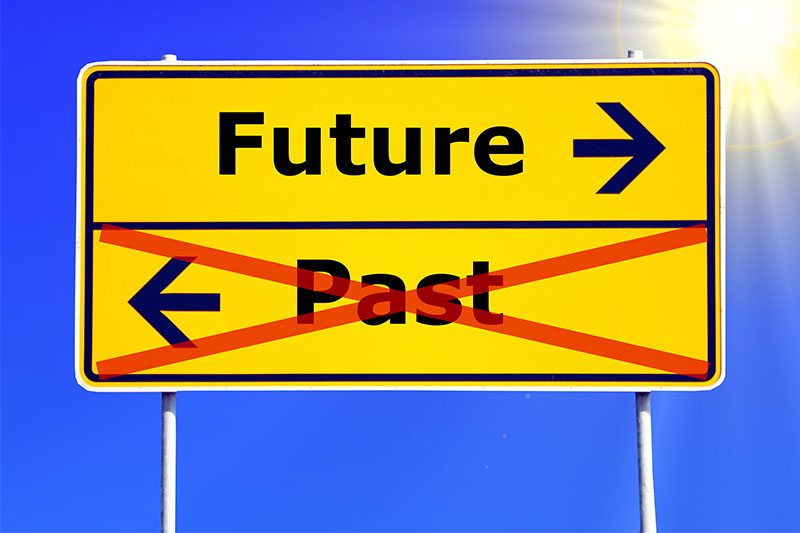 Vaping means different things to different people. There are folks who will never see something that resembles smoking as something to celebrate. For them, nicotine is an addiction, and inhaling vapor (or smoke) is a crutch, a weakness that indicates some terrible moral deficiency. They might even prefer that we keep smoking, because it satisfies the puritanical conviction that all pleasure must have consequences.

Most people who have never smoked just don’t understand why people vape. Fair enough. For me, after smoking for many years and wishing I could quit for a lot of those years, vaping has been the only thing that helped me. It worked because it mimicked smoking well enough that I could trick myself into using it as a replacement. But soon enough I came to actually prefer it! I don’t want to smoke anymore.

The different kinds of devices, the thousands of flavors, the vapers that were so helpful to me, the desire to keep vaping alive and healthy so other smokers could do what I did — those are the things that define vaping to me.

What about you? We’d love to hear your comments. What is vaping?

The post What is Vaping: Answers You Need to Know appeared first on Vaping360.