What is Vapor? A Look Into The Mist

Home » Blog » What is Vapor? A Look Into The Mist

Ask any group of vapers about their equipment, and they’ll likely give you an exhaustive breakdown of mods, tanks, coils, and rare, expensive cotton that wicks faster than lightning. Ask them about their liquids, and they’ll explain the nuances of PG, VG, extracts and nicotine purity.

Now, ask them about what it is they’re blowing out of their faces, and you’ll probably get a lot of blank stares.

That’s not because they don’t care. But there seems to be a major knowledge gap about what goes into the body during a vape, and what comes out when we exhale. It’s misunderstood, and kind of ignored. 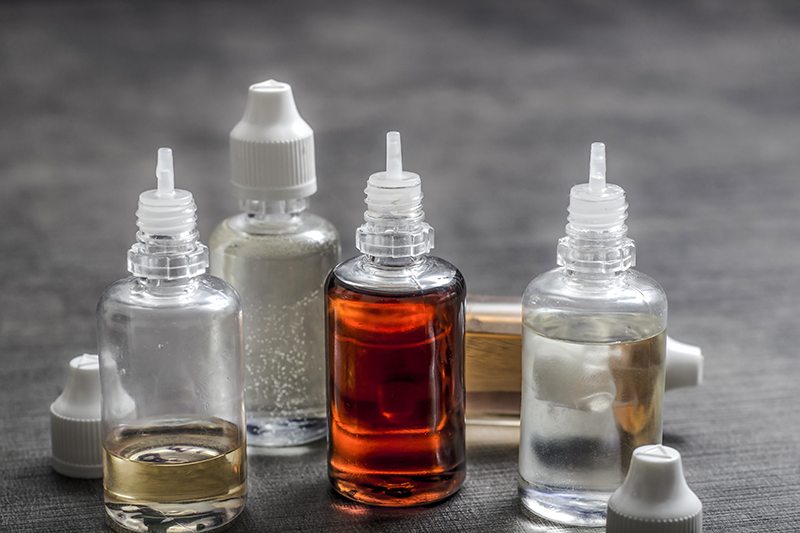 No discussion of vapor can happen without diving into the ingredients of the product you’re vaping. E-liquid is, after all, the substance that vaporizes to make those luscious clouds, so it’s best we give a refresher for those who may have forgotten.

We’ve discussed the primary ingredients in e-liquid — propylene glycol (PG) and vegetable glycerin (VG) — at length on these pages. So, if you’re tired of this topic, feel free to scroll down – we won’t be hurt.

Even if you’ve never vaped a single puff, chances are you’ve been exposed to and ingested propylene glycol. That’s because it’s an organic compound used in food products, personal care products, fog machines, and even FDA-approved albuterol nebulizers … in case you were wondering about its safety.

PG is also a known humectant – a substance that absorbs moisture around it – which accounts for its ability to create vapor from inhaling it. But it also can dry your mouth and throat if used excessively. If you feel these symptoms, we recommend a glass of water and taking a break from chain vaping.

Also known as glycerol, or just glycerin, vegetable glycerin is a plant-derived, sweet base-ingredient of e-liquids. It’s also considered a humectant, and a sugar alcohol (explaining the sweetness). Because VG is notably thicker than PG, it produces much more vapor than PG-based e-liquids alone. The tradeoff with VG-heavy liquids is a considerable loss of throat hit when compared to its thinner, less viscous brother.

Nicotine is usually a worthy discussion topic in vaping, but it really has no effect on vapor production. Likewise, flavorings – chemical-based or 100% organic – also have little, if any effect on the vapor itself. 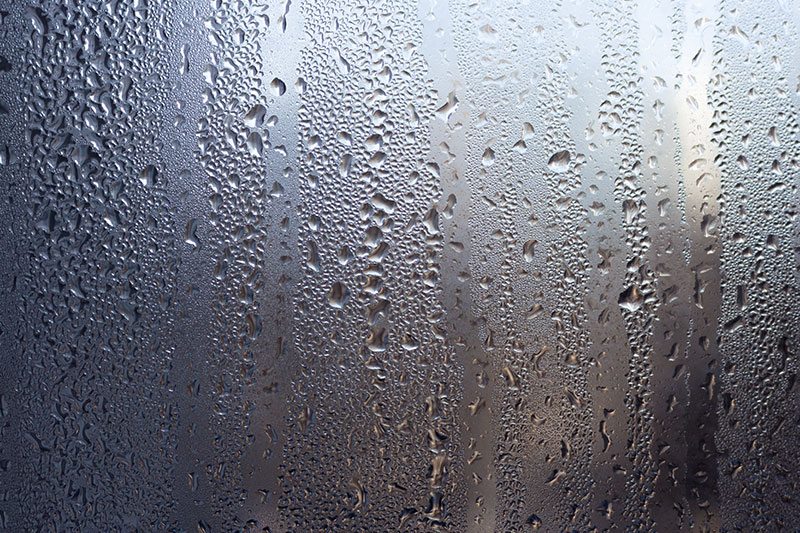 Without getting all “Bill Nye” and talking like a scientist, the e-liquid ingredients above are deposited into a chamber, such as a tank, cartomizer, or dripping atomizer, where they coat a wick and are heated. At a temperature of anywhere between 212-600°F, depending on the device, and the preferences of the user, the e-liquid begins to “vaporize,” producing the simulated “smoke” vital to the vaping experience.

While this multi-billion-dollar industry is known around the world as vaping – and we call the exhaled product vapor – the truth is, it’s not necessarily vapor. It’s actually aerosol. Liquid aerosol, to be precise.

In the scientific sense, vapor is created when liquid transforms into a gas, and dissipates invisibly because it’s so widespread, such as when water evaporates into the atmosphere. You see, the air we breathe – even on the driest, hottest days, contains a certain amount of water gas in it, no matter how undetectable it may be.

The term aerosol, on the other hand, refers to a suspension of liquids and solids in the air, bonding together before breaking apart and dissipating. So, that fog you see lingering on a humid morning is actually a large collection of microscopic liquid water droplets turned into an aerosol, and not actual gas.

Relax, we’re not changing our name to Aerosolizing360…I hope.

If it’s a particularly humid day, the fog may last longer, because the collections of droplets are bonding to one another, thickening the “cloud” it creates.

Just like the warmth of the sun changes the state of water droplets, aerosolizing them, the heat from your coil rapidly does the same to e-liquids, creating the vapor (no more air quotes) we know and love. Different ratios of PG and VG (or distilled water, if you thin out your juices for certain atomizers) react differently to the heat, producing varying quantities of exhaled vapor.

Because PG is less viscous, it aerosolizes at lower temperatures, but also produces smaller vapor clouds. As such, those who enjoy mouth-to-lung vaping, more akin to cigarette smoking, will likely get very satisfying results from thinner liquids at relatively low wattages, with modest, wispier vapor.

On the other hand, a volume vaper using 100% VG e-liquid at 150 watts will speed up the aerosolizing tenfold, creating a rapid reaction that results in thick, room-filling clouds. Though it doesn’t sound nearly as cool, those guys are exhaling condensed liquid particles bonded to one another. Relax, we’re not changing our name to Aerosolizing360…I hope.

What happens to those ingredients when heated? 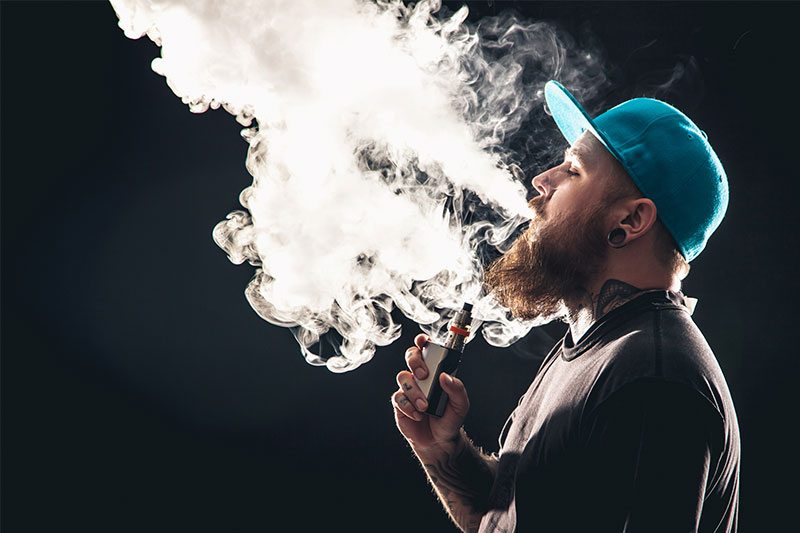 Like most vapers, you’re probably a little concerned about the chemical reactions that occur when aerosolizing e-liquid. After all, most vape shops aren’t run by scientists, nor are most e-liquid manufacturers. Can any of them properly explain the exact chemical makeup of Unicorn Milk after applying 50 watts of power for a few seconds? Not likely.

In turn, a simple Google search on the subject results in some of the most terrifying headlines and links you’ve seen since the Kardashians launched another reality show. Toxicants! Formaldehyde! Thankfully, most of these scare reports have been debunked.

The truth is, heating e-liquid does create chemical changes in the properties of juice. And yes – some trace amounts of these substances are found in the resulting vapor. But, thankfully, we have medical professionals like Dr. Konstantinos Farsalinos to help us weed through the nonsense and give vapers honest facts about this practice, as well as the reality of these chemicals existing in many things we’re exposed to each day.

Though “vapor” may not actually be vapor, you don’t need to know that to enjoy vaping

Dr. Farsalinos is a cardiologist, a research fellow at the Onassis Cardiac Surgery Center in Athens, Greece, and at the Department of Pharmacy, University of Patras, Greece. Examples of his work include the first study on the cytotoxic effects of e-cigarette vapor on cultured cells and the immediate effects of e-cigarette use on cardiac function and coronary circulation.

Though Dr. Farsalinos’ accomplishments are far too long to list here, one notable moment occurred when he successfully discounted the infamous “formaldehyde letter” published in the New England Journal of Medicine. That letter described an experiment in which scientists from Portland State University used a smoking machine to overheat cheap plastic clearomizers, which produced formaldehyde. The story exploded in the press.

But Dr. Farsalinos showed how the PSU researchers had to create “dry puff conditions” — the dreaded dry hit — in order to produce the carcinogenic substance. Vapers would never intentionally produce dry hits; we all know that it’s something to be avoided like grim death — which is exactly what it tastes like.

Say goodbye to aerosol and hello to vapor

Vapor is fun. It’s tasty. It’s satisfying. And it’s a primary reason we carry these mods, pens and e-cigs around with us each day.

Though “vapor” may not actually be vapor, you don’t need to know that to enjoy vaping. But whether you’re a scientist or not, it’s always good to know what you take into your body, and what comes out. What is that? Vapor. We promise to never call it aerosol again.

The post What is Vapor? A Look Into The Mist appeared first on Vaping360.